Welcome back to a new edition of The Weekender… Where the highest court in the nation faces backlash and record-low confidence levels amid recent decisions. We have the latest on how inflation will impact this year’s Fourth of July celebrations. Plus, President Joe Biden emerged from meeting with G7 leaders with a global infrastructure plan and new sanctions on Russia. Read all this and more in this week’s edition of The Weekender. We’re glad you’re here.

While the Supreme Court has been making historic judicial decisions as it wraps up its term, not surprisingly those decisions are generating considerable controversy. A recently released Gallup poll indicates a record low 25 percent of Americans have confidence in the Supreme Court (for context, Americans’ trust in government overall is at a near-low 20 percent). Diminishing confidence in the Court has been a trend, falling from 40 percent in 2020 to 35 percent in 2021, before its latest steep decline. Despite six conservative justices on the bench, confidence among Republicans is only 39 percent. These polling results were completed prior to the culture-shaping rulings in the last week, including the overturning of Roe v. Wade, and a ruling that favored a former public school coach who prayed on the field after games. These conservative-leaning rulings have prompted pleas from the left for changes to the Supreme Court, including restraining judicial review and expanding the courts. Progressive leaders like Rep. Alexandria Ocasio-Cortez called for adding more seats to the bench, however, President Biden remains opposed. As do Republicans. The last major push to change the number of justices was FDR’s unsuccessful court-packing plan in 1937 devised out of frustration with the Court stifling his New Deal. There is no legal requirement or Constitutional stipulation that requires only nine Justices—and the court has not always remained at nine. Despite its unwavering headcount over the last 150 years, we have historically had six to ten Justices at a time. Read more in Business Insider.

Inflation Has the Receipts

Americans will celebrate Independence Day this year while accounting for the burdens of inflation. The American Farm Bureau Federation reports that Americans will pay about $69.68 for a Fourth of July cookout for ten individuals—a $10 increase from last year. With inflated prices across crowd-pleasing favorites like ground beef, chicken breasts, and lemonade, this 17 percent hike from last year’s costs will be another hit to American families, who have faced steep grocery bills over the last two years. (Pro tip: load up on strawberries and potato chips – as these items have experienced a price break!) Food prices aren’t the only thing that will be giving Americans sticker shock – exploding firework prices will also cripple the backyard display this year. With a 25-30 percent increase on fireworks sparked by increased demand, shortages, and shipping cost hikes, many may have to rely on public displays. Despite all of this, some experts believe there may be temporary relief on the way thanks to a leveling in commodity prices and prospects of a strong harvest. While it will take time for sticker relief to reach American wallets, we remain hopeful for some independence from the relentless grip of inflation. Read more in Bloomberg. 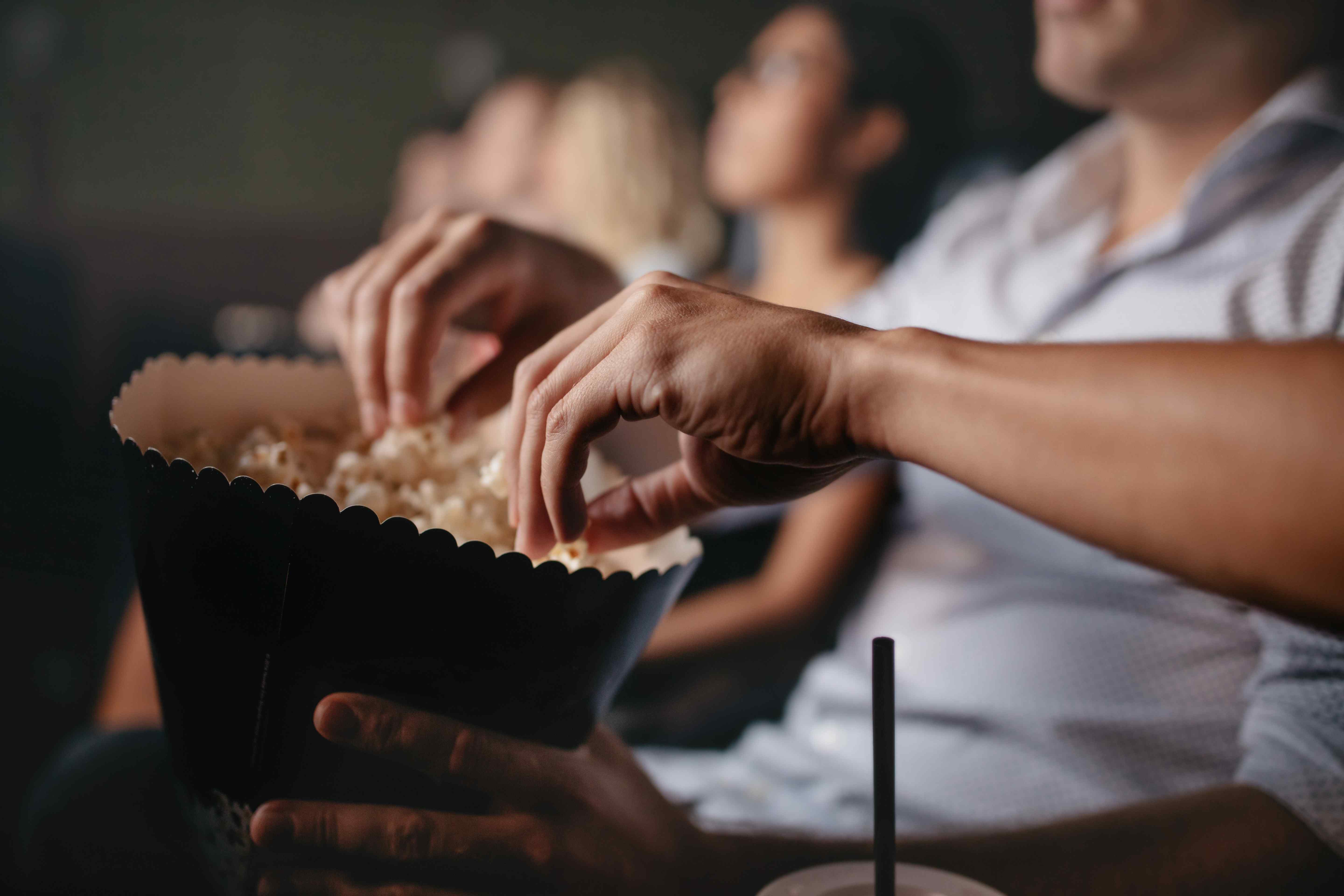 Cinema season may be here sooner than you think. Movies on the big screen are finally making a comeback in the charts this summer. Four new releases – “Top Gun: Maverick,” “Elvis,” “The Black Phone,” and “Jurassic World Dominion” – have all pulled their weight in ticket sales for the third weekend in a row. Each movie grossed $20 million or more (Top Gun broke $1 billion globally this week). The last time that four movie box office feat occurred was over Thanksgiving weekend in 2018 when “Ralph Breaks the Internet,” “Creed II,” and “The Grinch” were movie-goer choices. This may be a significant rebound for theaters since the pandemic’s onset, but things are not yet back to normal. The box office is still down 33 percent compared to the same weekend in 2019. However, the holiday weekend is upon us with “Minions: The Rise of Gru,” hitting the big screen and projected to generate $65 million to $70 million in its debut. There is still progress needed before the box office is back to pre-pandemic numbers, but audiences are showing up and the marketplace is coming back. It is a multiplex miracle! Read more in Deadline.

As the G7 Conference commences in Germany, the U.S. and its closest allies have drafted a program to invest in global infrastructure projects. The plan comes to fruition to counter China’s nearly decade-old Belt and Road Initiative (BRI). The project has invested more than $1 trillion in bridges, roads, and mining in developing nations across the globe since 2013, but leaders are seeking new direction. The G7’s Partnership for Global Infrastructure and Investment Plan aims for a more sustainable approach, focusing on clean energy, health systems, gender equality, and information and communications technology. The plan, however, looks eerily like President Biden’s failed Build Back Better Act with the U.K. calling the plan “Build Back Better World.” The West has long been critical of the BRI, as experts have said the plan poses significant risks to U.S. economic and international interests (and the draconian strings attached to the investments are giving China strategic advantages). The G7’s plan comes as a win for the U.S. and its allies as it is a serious alternative to China’s lending and loaning practices. It is expected that global economies like India, Brazil, and Indonesia are likely to herald more economic growth that will, in turn, benefit G7 countries long term. Read more in NPR.

U.S. Currency Is About to Look Different

Women made history in the U.S. government this week. On Tuesday, President Joe Biden announced he will appoint Mohegan Tribe Chief Marilynn Malerba as United States Treasurer. Malerba, whose position does not require a Senate confirmation, will be the first Native American to hold the position. Her signature will also appear on U.S. currency. Treasury Secretary Janet Yellen, the first woman to serve as Secretary of the Treasury, will be the other signature. This will replace the Hancock of President Trump’s Treasury Secretary Steven Mnuchin, which has continued to appear on the dollar even after Yellen took her post. U.S. policy requires a treasurer appointment prior to printing new currency so both signatures can appear at the same time. While this is the first time any two women’s signatures will live on U.S. currency, it is not the first time women have been on currency itself. In fact, 16 of the 44 Americans to hold the position of Treasurer of the United States have been women. In 1886, Martha Washington was featured on the $1 silver certificate, and Harriet Tubman is set to make her way to the $20 bill by 2030. Malerba and Yellen are the first time two women have occupied the two positions at the same time. Read more in Axios.

At Least 18 Killed, 36 Missing in Russian Attack on a Shopping Center

On Monday, June 27, Russian missiles hit a shopping center in Central Ukraine, killing at least 16 civilians and leaving 36 people missing. According to Ukrainian President Volodymyr Zelensky, an estimated 1,000 civilians were in the shopping mall at the time. He described the attack as “one of the most brazen terrorist acts in European history” and said the attack had “no strategic value” to Russia. Ukrainian cities have recently seen escalated attacks, which have often hit civilian areas. The Russian government has claimed the shopping center caught fire after Russia struck a nearby weapons depot. However, on Twitter, a Russian ambassador to the United Nations suggested that Ukraine “fabricated” the attack. While meeting in Germany, the leaders of the G7 nations reinforced their support for Ukraine, condemning the attack and calling it “abominable.” Meanwhile, the West has doubled down its sanctions against Russia. The U.S. blocked gold imports from Russia, and The United Kingdom, Canada, and Japan joined the effort. While experts are uncertain how effective this ban will be, Russian officials and oligarchs had been suspected of ramping up gold production to soften the economic blow of global sanctions. Read more in BBC.

Across America, Fourth of July fireworks won’t fly on the Fourth of July. Some cities and towns are rescheduling their Independence Day firework shows because of a shortage of fireworks or workers. https://t.co/BemEGdCP3D