The Weekender Special Edition: Midterm Elections Impact on Healthcare in the U.S. 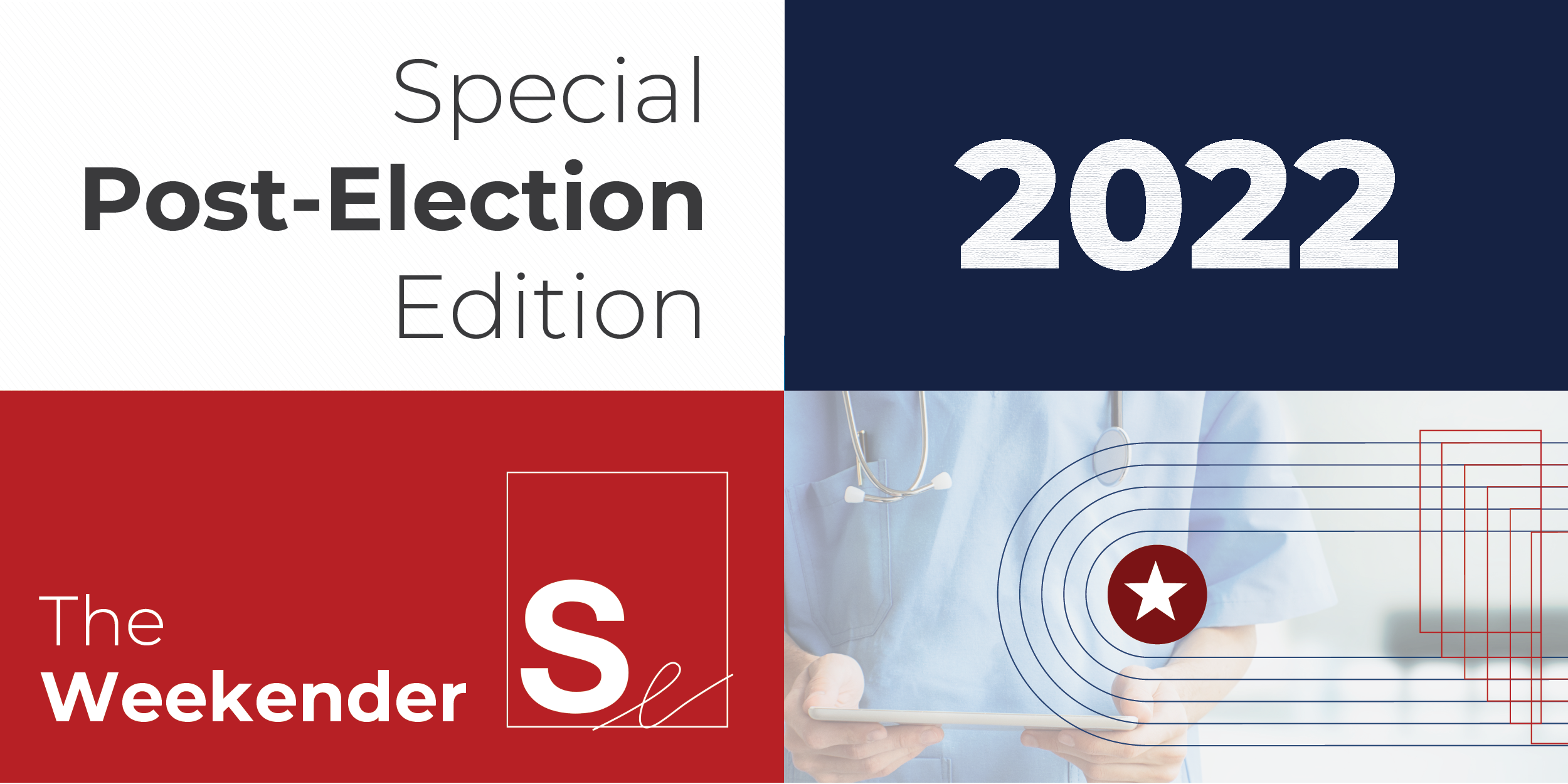 WELCOME BACK TO WEEK 4 OF A SPECIAL POST-ELECTION EDITION

Welcome back to a Special Edition of The Weekender… where we dissect the latest of the 2022 midterm elections and its impact on healthcare in the United States. Healthcare comprises one-fifth of the U.S. economy and occupies a commensurate share of the policymaking discussions in D.C. and state capitals around the country. We break it all down right here in Week 4 of our special, post-election edition of The Weekender. Thanks for joining us.

Midterm Elections Impact on Healthcare in the U.S. 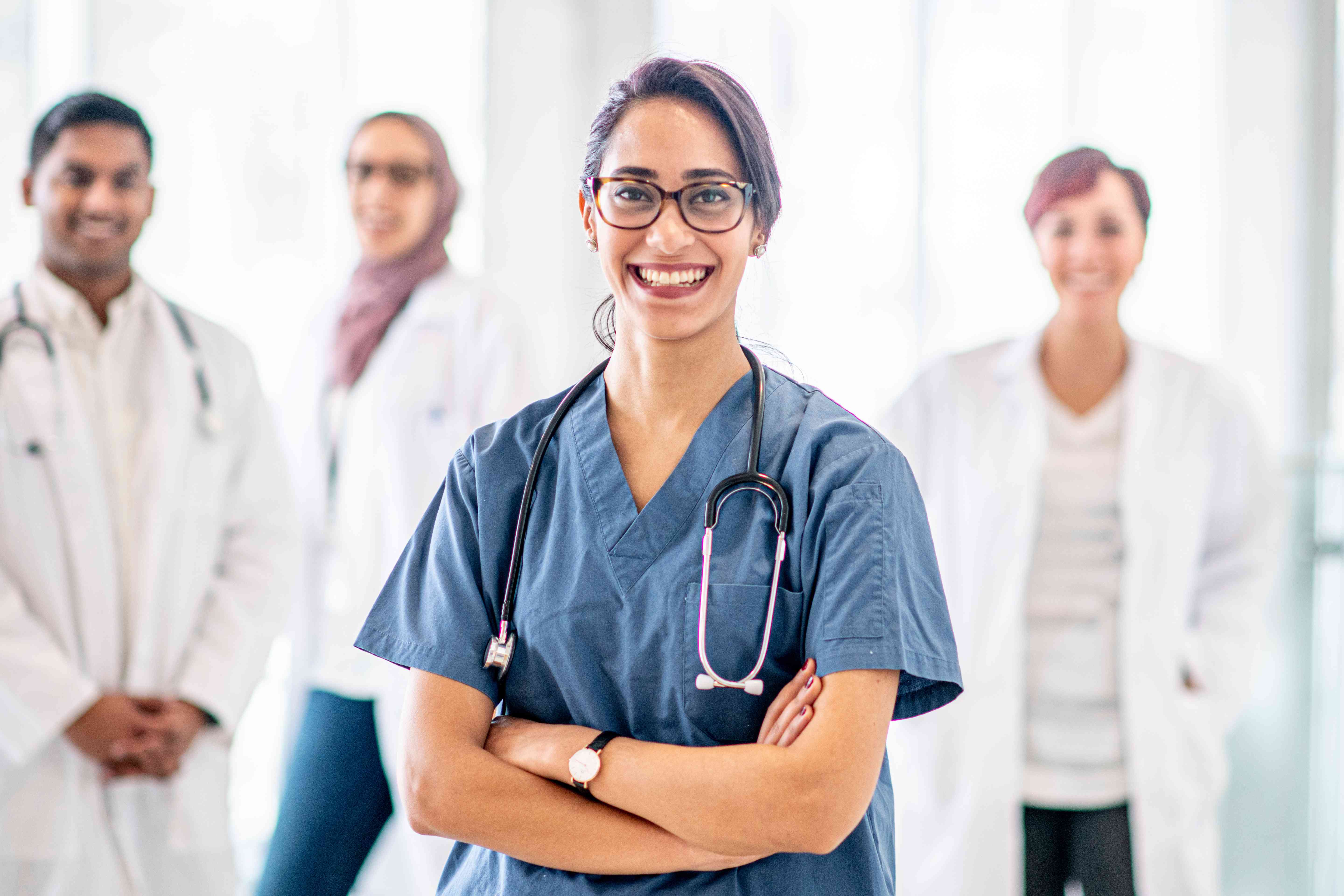 We have entered a weird time in Congress– and do not expect a lot to get done. A “lame duck” session of Congress occurs when the body still has business to do between the elections and the swearing-in of the newly elected Congress and is historically a time when members take their losses of the previous session to gear up for the next. The 118th Congress will be sworn in on January 3, 2023, so in the meantime, there are a few items to get through. The largest factor driving the lame-duck session to pass legislation is the expiration of government funding on December 16 which has been a motivating factor in members pushing for their bills to get passed before adjournment. For example, we have already seen the final passage of the Respect for Marriage Act.

A lot of posturing is taking place on both sides when it comes to healthcare. What gets done depends to a great degree on cost offsets (finding a way to make new things “budget neutral”). Issues of interest in healthcare include prior authorizations, telehealth reimbursements (telehealth usage surged during the pandemic, but the Public Health Emergency’s payment method for it will expire in 2023), and the pay-as-you-go (PAYGO) program, which faces the threat of cuts to Medicare payments to doctors.

With government funding running out on December 16, if a deal on other issues is close, it could very well be extended about a week to allow Congress to finish its work. Congressional observers expect that negotiations will wrap up by December 21 or 22, and all members will likely be gone from Washington by December 23 – just in time to get home to unwrap gifts. If they have their work done on this timeline, they will adjourn until they return for the swearing-in of the new Congress on January 3.

With Raphael Warnock (D-GA) winning the closely watched runoff election in Georgia, the Democrats locked in control of the Senate. Even with today’s news of Arizona’s Senator Kyrsten Sinema switching from being a Democrat to a registered Independent (Sinema is reportedly keeping her committee assignments, effectively keeping their control at 51-49). That means that Democrats control the White House and the Senate (narrowly), and the House will be controlled by the Republicans (narrowly). This sets up a tenuous situation that likely means few individual policy bills will have enough support to make their way to the President’s desk, putting more pressure to graft a variety of policy measures onto already large (omnibus) spending bills and other “must pass” authorizations that are likely to generate more than a little brinksmanship. This is not a new process for Congress, but we will see more and more of it, given the divide of chambers.

Republicans won’t take power in the House of Representatives until January. The Freedom Caucus has moved to extract concessions from House Minority Leader McCarthy as a condition for supporting his bid for Speaker. They are doing this by way of a competing bid for the gavel by Rep. Andy Biggs (R-AZ-5) and a block of “Never Kevin” conservatives. Their efforts include more high-profile committee assignments, assurances on using the debt ceiling vote to cut government spending, and imposing a new set of rules that include the option of removing the Speaker. This drama is still unfolding, so stay tuned to The Weekender for developments.

In the Senate, Senator Bernie Sanders (I-VT) is expected to win the gavel, and Senator Cassidy (R-LA) will be the Ranking Member on the Senate Health, Education, Labor, and Pensions (HELP) Committee. Sanders is a staunch advocate for Medicare for All, and Dr. Cassidy was very involved in the bipartisan surprise medical billing legislation produced last Congress. While Cassidy is known for getting things done, Sanders is a national voice and more ideologically motivated. How they work together to produce legislation that will need Republican votes on the floor to invoke Cloture will be closely watched.

Overall, the “cost of care” and affordability will likely be front and center for many on both sides of the aisle. This discussion is often an exercise in each major healthcare sector, pointing to another as the primary culprit, so it is difficult to envision a consensus perspective alighting upon the Capitol dome. That said, as health insurance premiums are forecast to rise, the topic will not go away.

As it relates to the states, four major healthcare-related issues are likely to be topics of debate, but their approaches may vary depending upon whether the state is predominantly “red” or “blue.” In the wake of the Supreme Court’s 2022 Dobbs decision overturning Roe v. Wade, look for blue states to strengthen codifications for reproductive rights. In red states, look for moves to strengthen restrictions. The issue – tilted toward one side of the issue or another – is also somewhat likely to make its way to ballot initiatives in states that allow it.

States may also be looking at mental health (capacity, treatment, and funding), substance abuse treatment and prevention (in the wake of the fentanyl crisis), and Medicaid funding levels.

Next year’s increase comes close to the 6.2% spike in 2021 when employees caught up on healthcare needs delayed by the pandemic. https://t.co/XxkmsgOQxQ

2 months ago
Filed Under The Weekender
Previous
The Weekender Special Edition: Transportation Policy Impact from Midterm Elections
Next
The Weekender: 2022 Wrapped 🎉