The Weekender: Hybrid Work and The Negative Impact of Virtual Education

Welcome back to a new edition of The Weekender…where CEOs are fighting and incentivizing employees to come back into the office while children fall further behind in school. Also, the labor shortage bleeds into the nation’s electoral system as areas struggle to find poll workers nationwide. Plus, reigning Super Bowl champions, the Los Angeles Rams, have secrets up their sleeve. Catch these stories and more in this week’s edition of The Weekender. Let’s dive in.

The team at Strategic Elements offers its condolences to the people of the United Kingdom as they mourn the passing of their extraordinary monarch, Queen Elizabeth II. We congratulate King Charles III on his ascension to the throne and will be sure to write more on the funeral and coronation in the coming days. 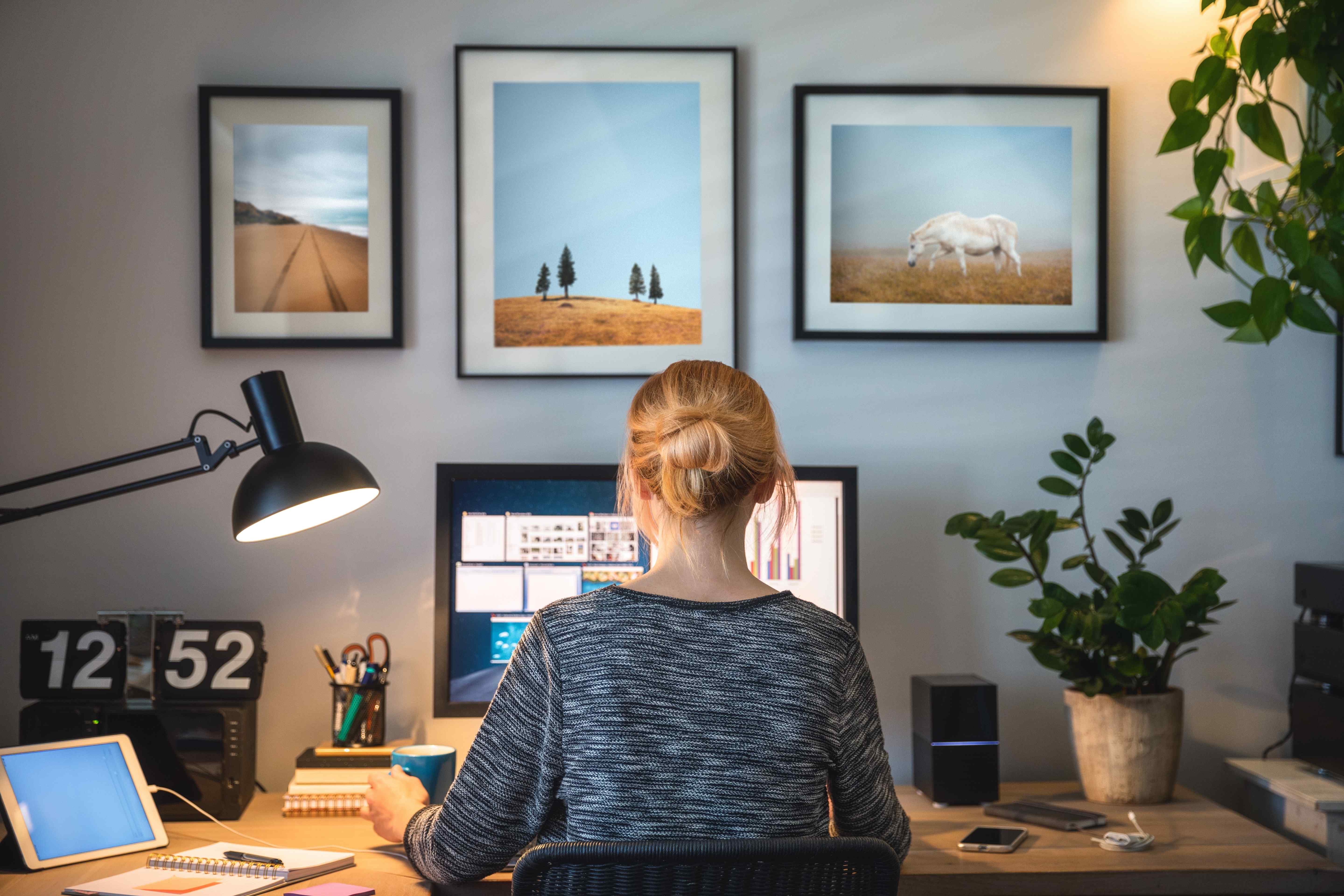 As summer ends, experts predict that more CEOs across the country will look to get employees back in the office—but it may be an uphill battle. Forbes reports that remote work applications doubled this year, with no signs of stopping anytime soon. There’s no question that the pandemic changed the way we work, and employees are embracing flexibility. Some companies, however, feel differently. Many have offered incentives to encourage employees to return to the office, ranging from free lunches to raises, but many employees are unwilling to budge. Studies show those who work from home are 47% more productive than those who work in the office, indicating that employees spend less time avoiding work. Speaking of productivity: Google CEO Sundar Pichai recently said he wants to make the company 20% more efficient ahead of economic uncertainty, hinting at potential layoffs. Using a “Simplicity Sprint” strategy to improve efficiency and employee focus, Google plans to survey more than 170,000 employees on where to focus and improve efficiency. The survey comes after reporting slower earnings growth and in response to employee satisfaction survey result dips. As the tech industry continues to cope with economic uncertainty, tune into The Weekender for the latest updates. Read more in CNN.

Back To School, Behind the Curve 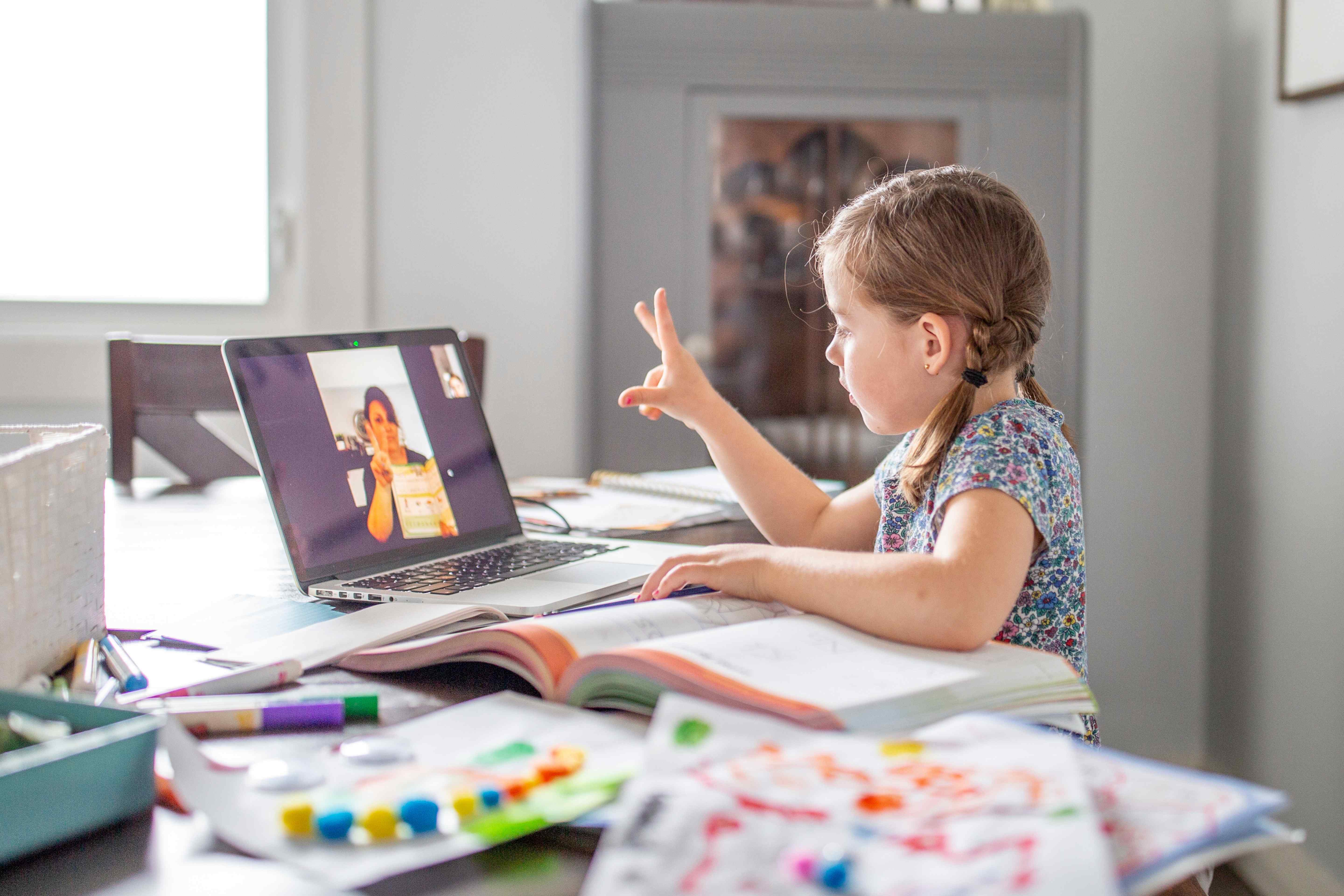 The impacts on school children from the COVID-19 pandemic continue into the new school year. Recently, the U.S. Department of Education released data revealing that average reading scores for 9-year-olds slid five points from 2020 to 2022—the sharpest decline since 1990. The data also shows learning losses were generally worse in school districts that kept remote classes longer and are most pronounced in low-income communities. Researchers say, on average, it could take five years or more for today’s fourth graders to read proficiently, which could threaten their futures and the country’s future labor markets. According to a 2011 study, reading ability by the end of third grade can predict educational success, career earnings, and the risk of incarceration. In addition to learning loss, schools—and students—are facing the brunt of a teacher shortage. Houston reported a shortage of 1,000 teachers in early August, and more than 5,500 teachers in Maryland reportedly left the profession in 2022, with an estimated 600 to 700 vacancies in Baltimore alone. According to data from the U.S. Bureau of Labor Statistics, there were about 270,000 fewer school staffers in July 2022 than in January 2020. As teachers face a slew of problems and work to educate our children, be sure to thank a teacher for their work. Read more in The New York Times. 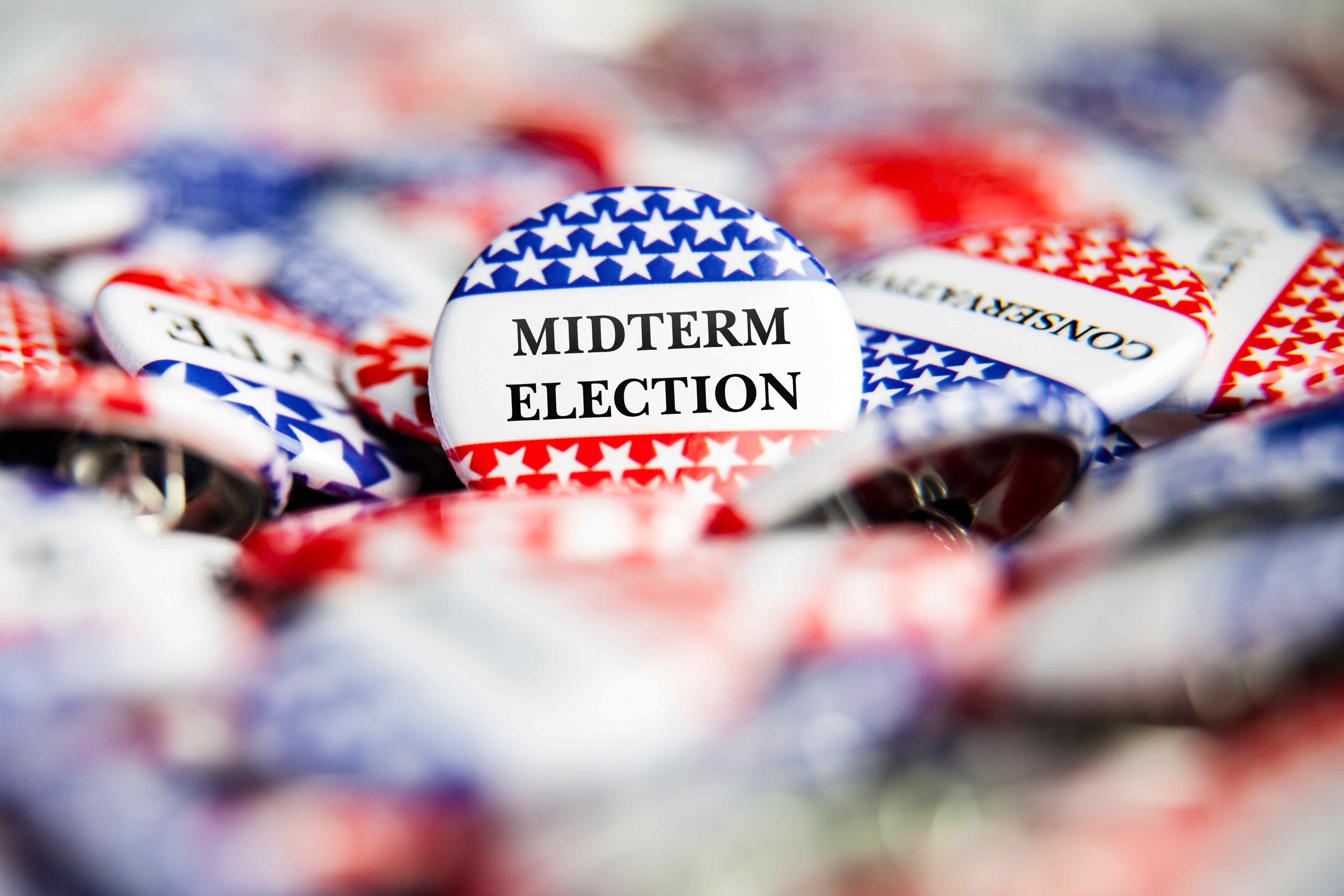 The general election season is underway and voting sites around the country need help. With the pandemic and current political climate, some communities are facing difficulties finding paid and volunteer poll workers. This issue leaves election officials to come up with different ways to staff up. Local and national recruiting efforts are targeting high school students, military veterans, and lawyers this year to ensure enough staffing to check in voters, issue ballots, and process votes. To further complicate matters, the scrutiny facing election officials and workers this year may make it less attractive for people to want to serve. The threats are just a source of motivation for some. Former U.S. Air Force Captain Anil Nathan co-founded a nonprofit organization focused on a new project called Vet the Vote, which encourages former service members to work at polling sites. The American Bar Association is bringing back the Poll Worker, Esq., Initiative used to promote poll working among lawyers and law students. Teenagers aged 16 and older can serve as poll workers, and kids as young as sixth grade can volunteer as aides to poll workers the night before and on Election Day. An estimated one million temporary workers are needed for each election. While qualifications vary by state, plenty of resources are out there to learn more about being a poll worker and how to sign up. Read more in NPR.

Are You Ready For Some Advanced Data-Analytic-Driven Injury Prevention? 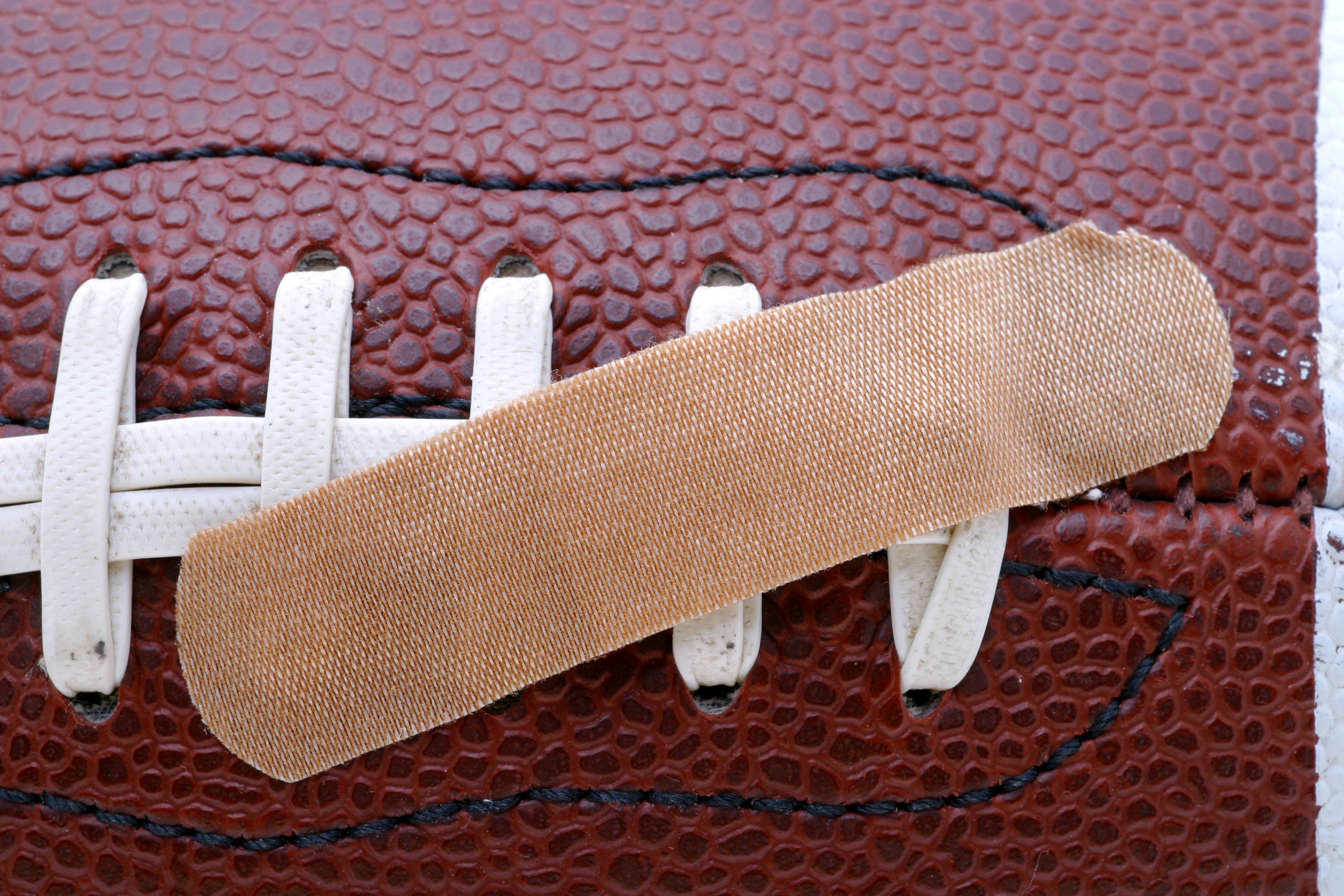 The NFL is back. Reigning Super Bowl champions, the Los Angeles Rams, have a secret weapon helping them conquer the NFL. Using modern, data-based sports science practices, the team has been able to keep injuries low. There’s a room in the Rams’ facility called “the barbershop,” which is the focus of the Rams’ effort to reduce injury through communications, analytics, and modern training methods. Football is a high-injury rate sport, but the Rams are using data science to prevent injuries— and are in the top five teams for players having avoided missed games due to injury. Head coach Sean McVay believes in balancing volume, intensity, and tactical training rather than long, high-intensity practices. While the method doesn’t entirely eliminate injury, it has been vital in reducing harm and has worked for the team since 2017, McVay’s first year as coach. The team has reaped the rewards of keeping healthy and will likely continue to see the benefits of sports science practices in this new NFL season. Read more in The Wall Street Journal. 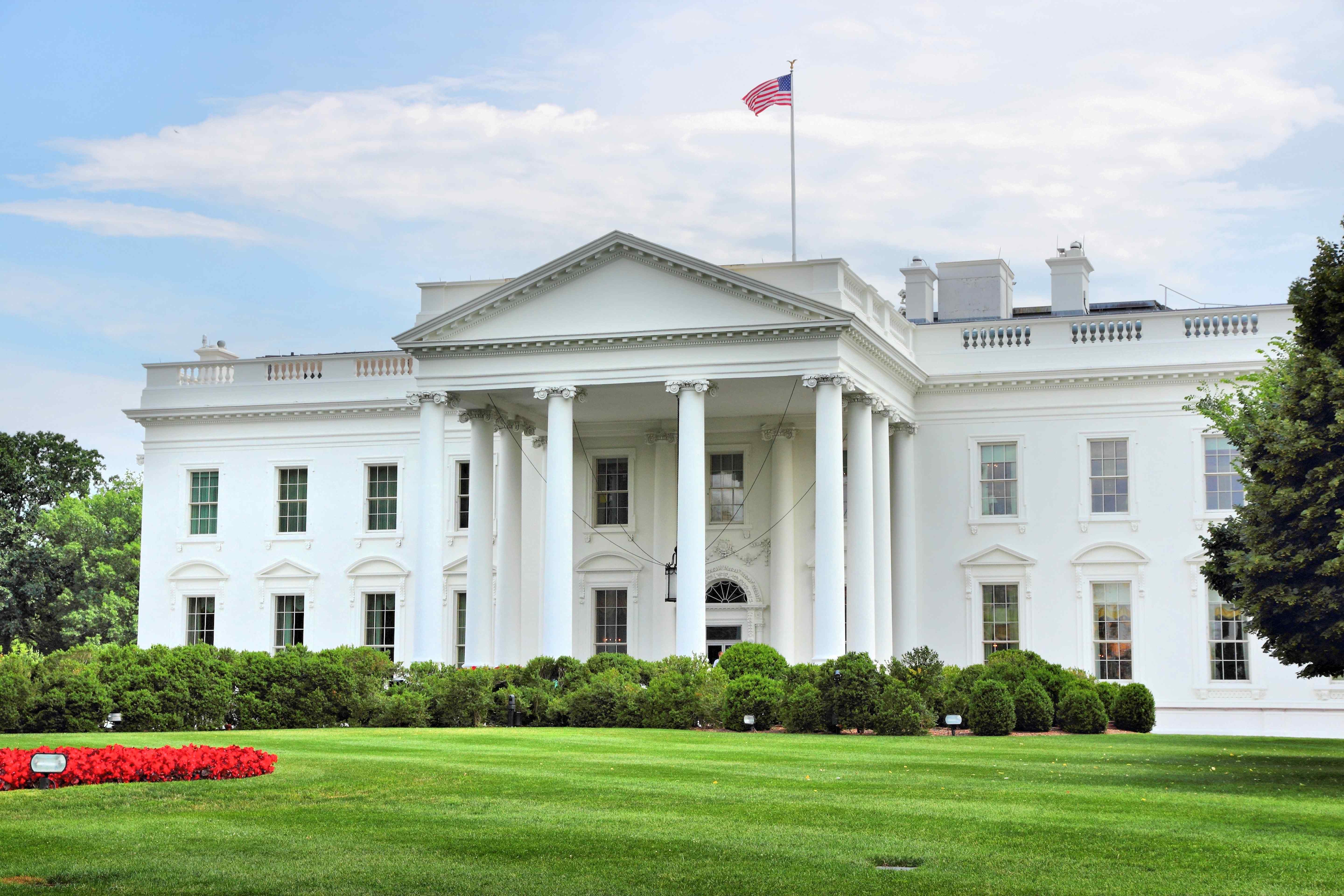 The walls of the White House have added another presidential portrait to the mix. U.S. President Joe Biden unveiled the official portraits of former President Barack Obama and first lady Michelle Obama at the White House on Wednesday, resuming the four-decade-long ritual. While the Obamas looked upon their portraits with praise, some former presidents have been less fond of their painted portraits and likenesses over the years. Presidents and first ladies typically select their respective artists before leaving the White House, according to the White House Historical Association (WHHA). Occasionally, Presidents may not be pleased with the initial results. President Theodore Roosevelt complained that his portrait made him look like a “meek kitty,” so he hid it in a closet and eventually had it destroyed. President Lyndon B. Johnson refused to accept his first portrait calling it the “ugliest thing” he ever saw. President Ronald Reagan ordered a do-over because he and his wife, Nancy, didn’t care for the first effort. Whether the portrait needs an upgrade or not, the portraits form a collection that adds a “new addition to White House history,” says Steven McLaurin, President of the WHHA. Read more in The Washington Post.

In Liz We Truss 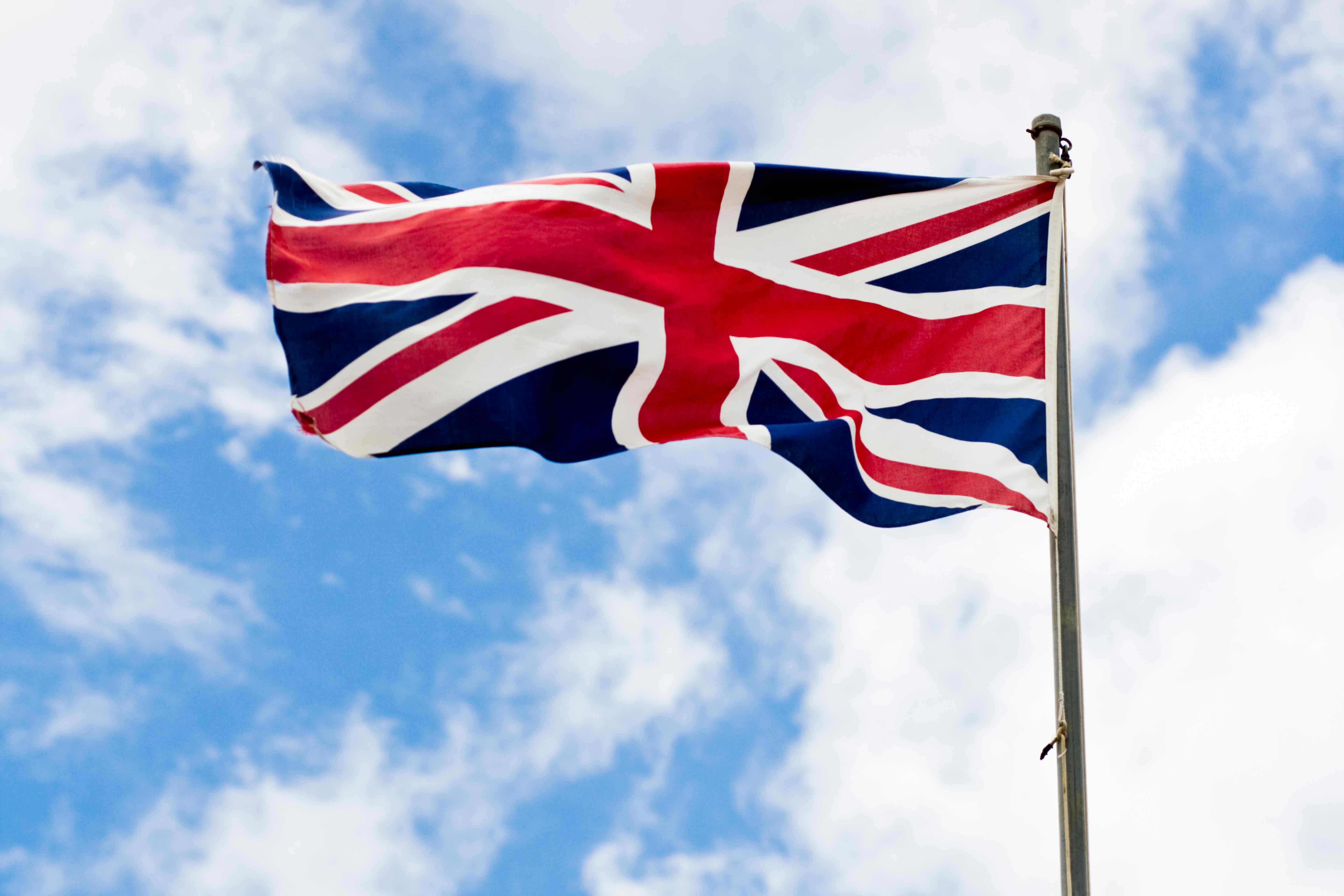 This week, former U.K. Foreign Secretary Liz Truss was elected Prime Minister by the Conservative Party. She enters the office tackling towering issues such as soaring prices, labor shortages, and the energy crisis. The first on her agenda is the energy crisis caused by Russia’s war in Ukraine. Within her first 72 hours as Prime Minister, Truss announced a stimulus package to help Brits with soaring energy bills and attract investment into the energy sector. She also announced an energy price cap, guaranteeing that no Brit will spend more than £2,500 ($2,880) per year on energy in the next two years. As if the domestic pressures weren’t enough, Truss’ relationship with key foreign allies such as U.S. President Joe Biden is critical to her success. The U.S. and the U.K. have had a long-standing “special relationship” that Truss has openly questioned in the past. However, as the U.K. made its way out of the European Union, Truss will likely look across the pond to America for support and a close ally. While Truss has time to woo Brits until the next election in 2024, opinion polls give the Labour Party—a longtime opposition to the Conservative Party—a steady lead. Amid former Prime Minister Boris Johnson’s failed policies and scandals, Truss feels the pressure. To add to her stress, Truss takes the reigns one day before the Queen of England’s passing and the ascension of the now King Charles III (that’s a story for a different day). Read more in BBC.

The Queen died peacefully at Balmoral this afternoon.

The King and The Queen Consort will remain at Balmoral this evening and will return to London tomorrow. pic.twitter.com/VfxpXro22W