The Weekender: 2023 and No House Speaker (Still)

WELCOME BACK TO 2023 AND NO HOUSE SPEAKER

Welcome back to a new edition of The Weekender…and 2023, where we are breaking down the top headlines and news stories that will impact Americans in the new year. We first start with politics, where the U.S. House of Representatives is still without a Speaker and President Joe Biden. Then, we bring you the latest expert forecasts for the economy, healthcare, crypto, and global state of affairs. Plus, our tweet of the week below will warm your heart.  Thanks for joining us.

A Politically Dramatic Start to 2023 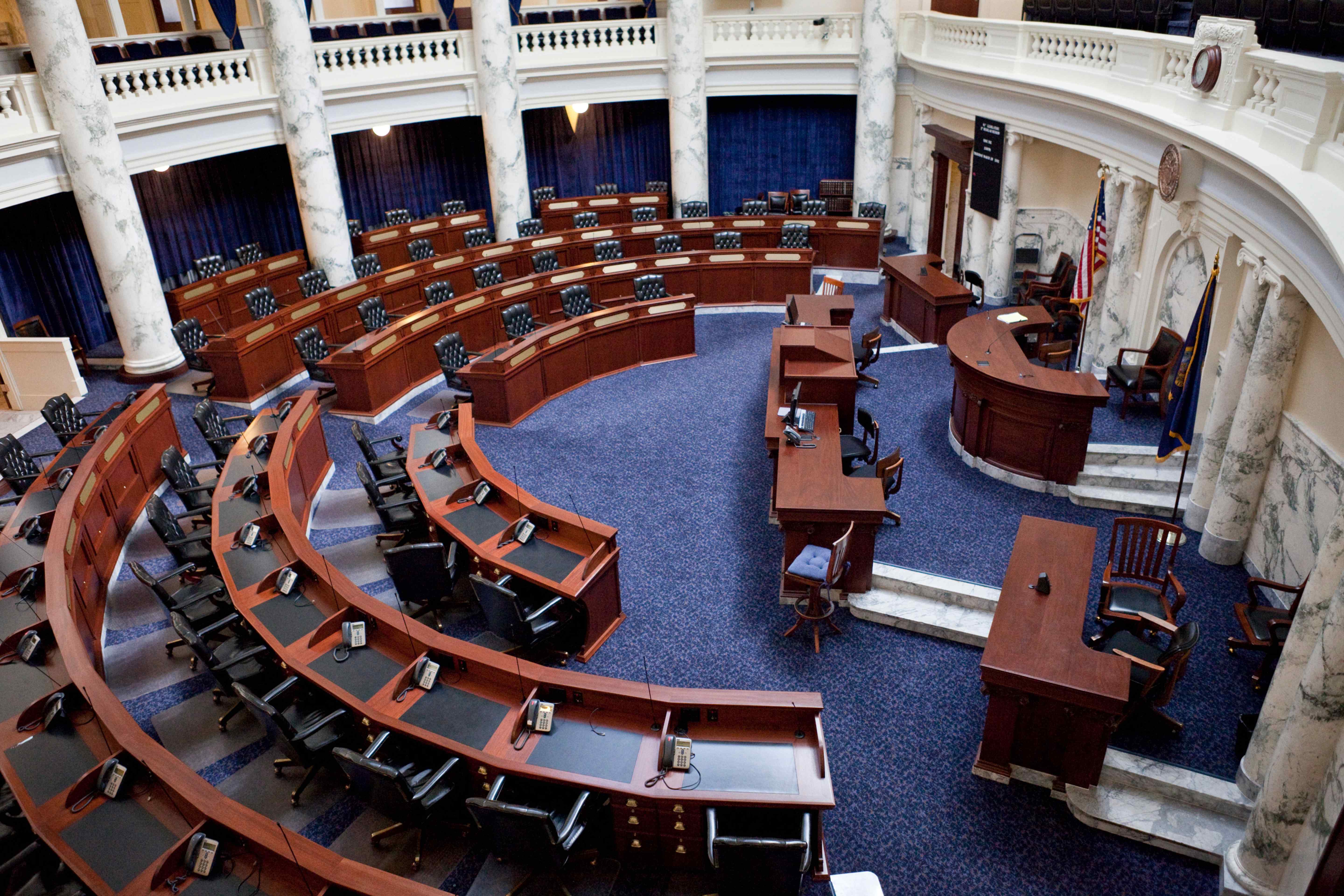 Just days into the new year, and already the new 118th Congress is making history (and bringing the drama). Earlier this week, the U.S. House of Representatives went into session, and for the first time in 100 years, the party failed to elect a speaker—ensuring the longest leadership race in a century. Longtime House Minority Leader Kevin McCarthy (R-CA) continues to struggle to find enough votes to secure the Speakership of the House. Democrats nominated Hakeem Jefferies of New York as their candidate, who will notably take over as Minority Leader, but Republicans cannot decide on one person to face Jefferies. McCarthy was put up in every vote, but some members of the House Freedom Caucus and newly elected firebrands are preventing McCarthy from gaining the gavel unless some major concessions are met. With the slim majority, McCarthy can only lose four Republican votes and reach a majority without the help of Democrats (who would have their own list of demands). So far, the nominations include Andy Biggs (AZ), Byron Donalds (FL), Jim Jordon (OH), Kevin Hern (OK), and even former President Donald Trump (you read that right—the Speaker of the House does not actually need to be a member of Congress). Since 1789, out of the 127 times the House has elected a Speaker of the House at the beginning of a new Congress, only 14 speaker elections have required multiple ballots—and 13 of those instances occurred before the Civil War when party lines were more blurred. The last time a speaker election required two or more votes on the floor happened in 1923. While the lack of a House Speaker doesn’t cause a looming threat to the economy, it impacts and slows down action on the Hill (the rules are such that not much can happen in the House without a speaker, including no committee chair assignments) and could be dangerous if the U.S. needs quick congressional votes or emergency spending and approvals. 9/11 attacks and the COVID-19 pandemic. Without a Speaker of the House, the chamber cannot respond to national emergencies or pass laws. Moreover, Representatives-elect cannot officially take office, as the Speaker swears them in after the election, and cannot provide services for constituents or access classified intelligence, which is only shared with lawmakers after they have taken the oath of office. When will all this end? Stay tuned… the House resumes its meeting on Friday. Read more in The New York Times. 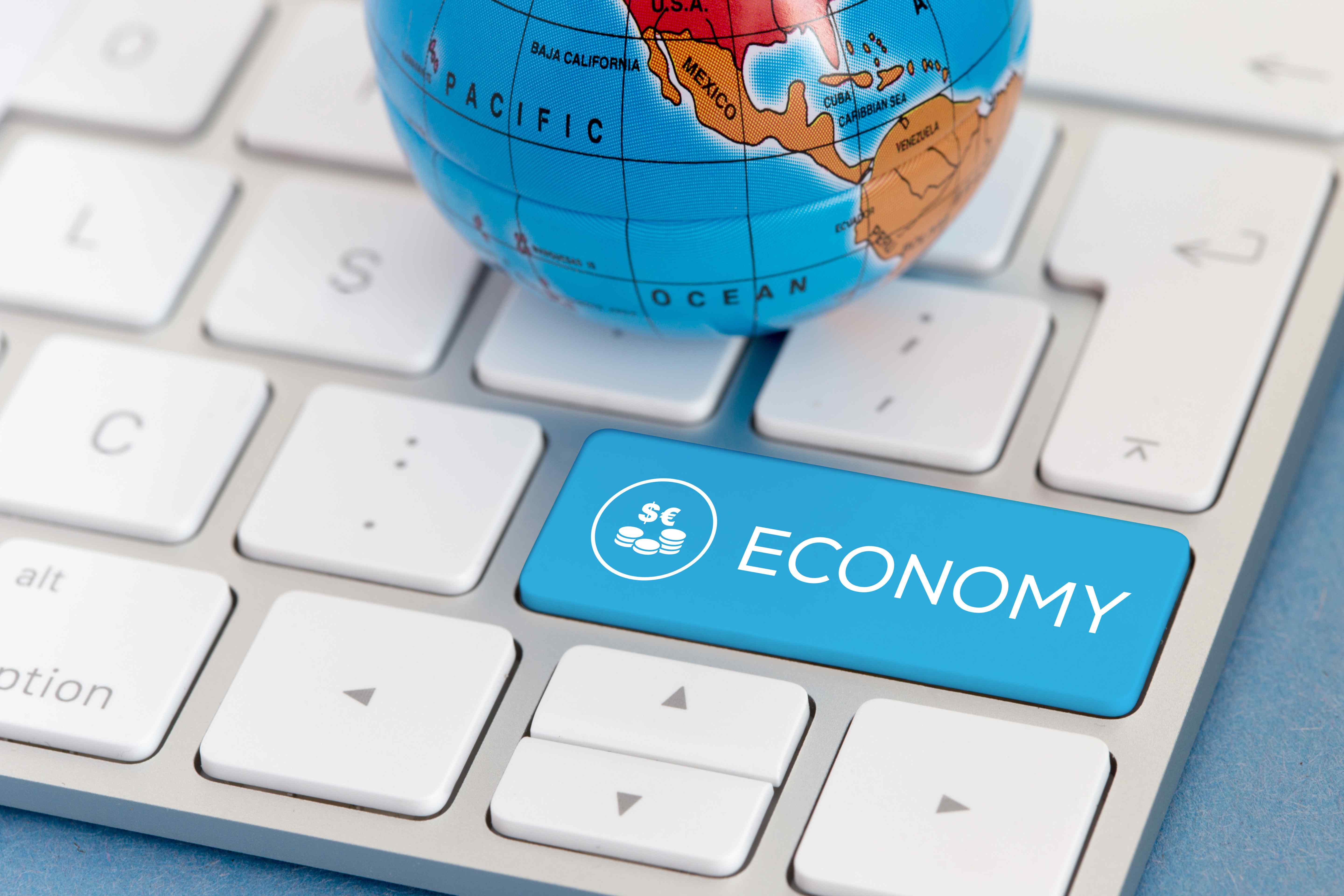 While two out of three Americans are hopeful that 2023 will be a better economic year than 2022, some experts are looking at trends and see it differently. This year’s economic outlook in the U.S. is defined by decelerating growth, rapid monetary tightening, and moderating inflation. Experts say the U.S. could enter a mild recession by the end of 2023 as higher interest rates slow demand for goods, services, and the workers to produce them. Moreover, the economy is expected to expand at about a 1% pace as measured by real Gross Domestic Product (GDP). Meanwhile, the Federal Reserve is tightening monetary policy as rapidly as ever, which is predicted to deliver another round of hikes before going on hold in the spring. Experts say consumers are entering 2023 with less financial cushion than in 2022, impacting spending, including the housing market. Over the last few quarters, there has been a slowdown in home buying, and it is likely to stay low, with mortgage rates at a high of 7%. With inflation looking to be somewhat elevated this year, it may remain above the Federal Reserves’ 2% target at the end of 2023, falling quickly from its peak at 9.1%. Furthermore, demand continues to outpace supply in the labor market, but it should start to loosen amid a slower growth environment. There have been signs that constraints are easing within the supply chain. Improved delivery times may be due to slower order activity and loosening pandemic restrictions in most markets. While none of us know what the future economy has in store, it is always best to stay hopeful. Read more at J.P.Morgan.

America’s Healthcare Focus to Shift in 2023 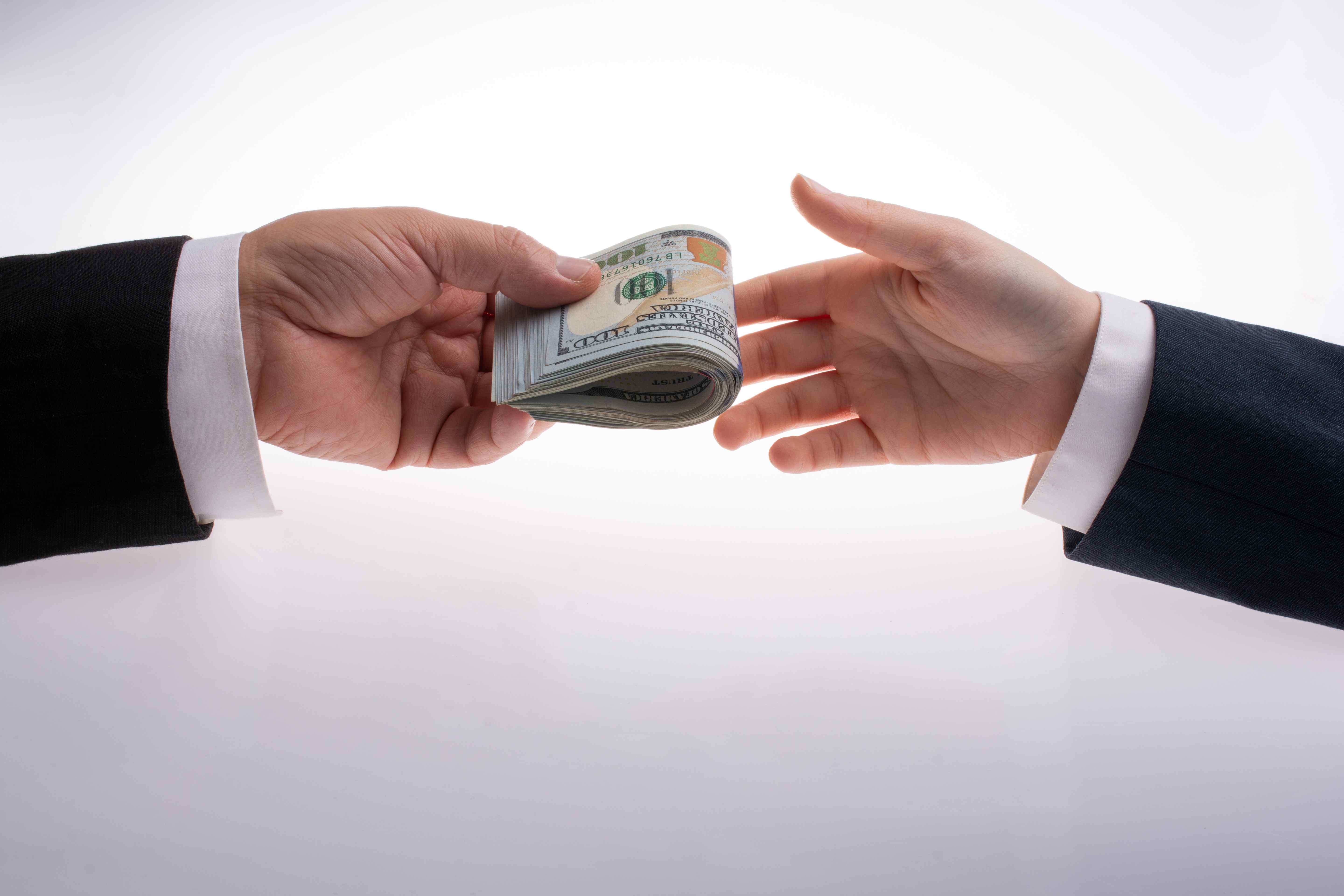 The new year brings new health priorities for Americans. According to a new poll, American voters are less concerned about its healthcare system than before, now turning their focus to inflation and other economic worries. Likewise, abortion was one of the top issues on folks’ minds following the overturning of Roe v. Wade last year, but that concern has also fallen. With the Republican party taking over the House, healthcare legislation will likely take a backseat to economic issues and border security (to name a few of its announced GOP goals). Bernie Sanders taking the chair of the Senate HELP Committee likely points to a more government-solution-oriented discussion in that chamber. There are a few healthcare related topics that will be in the news in 2023, but far less than the last two years. COVID-19 will continue to be a topic of discussion, especially with a new variant making its way through China. But not to worry, there have been no reports of any new shutdown orders as we saw in 2020. One public health issue sure to be on the top of people’s minds: the fetenalyl crisis, which continues to affect nearly every state. Healthcare will always play some sort of hand in American political discourse, and we will be covering it as issues arise right here in The Weekender. Read more in Axios. 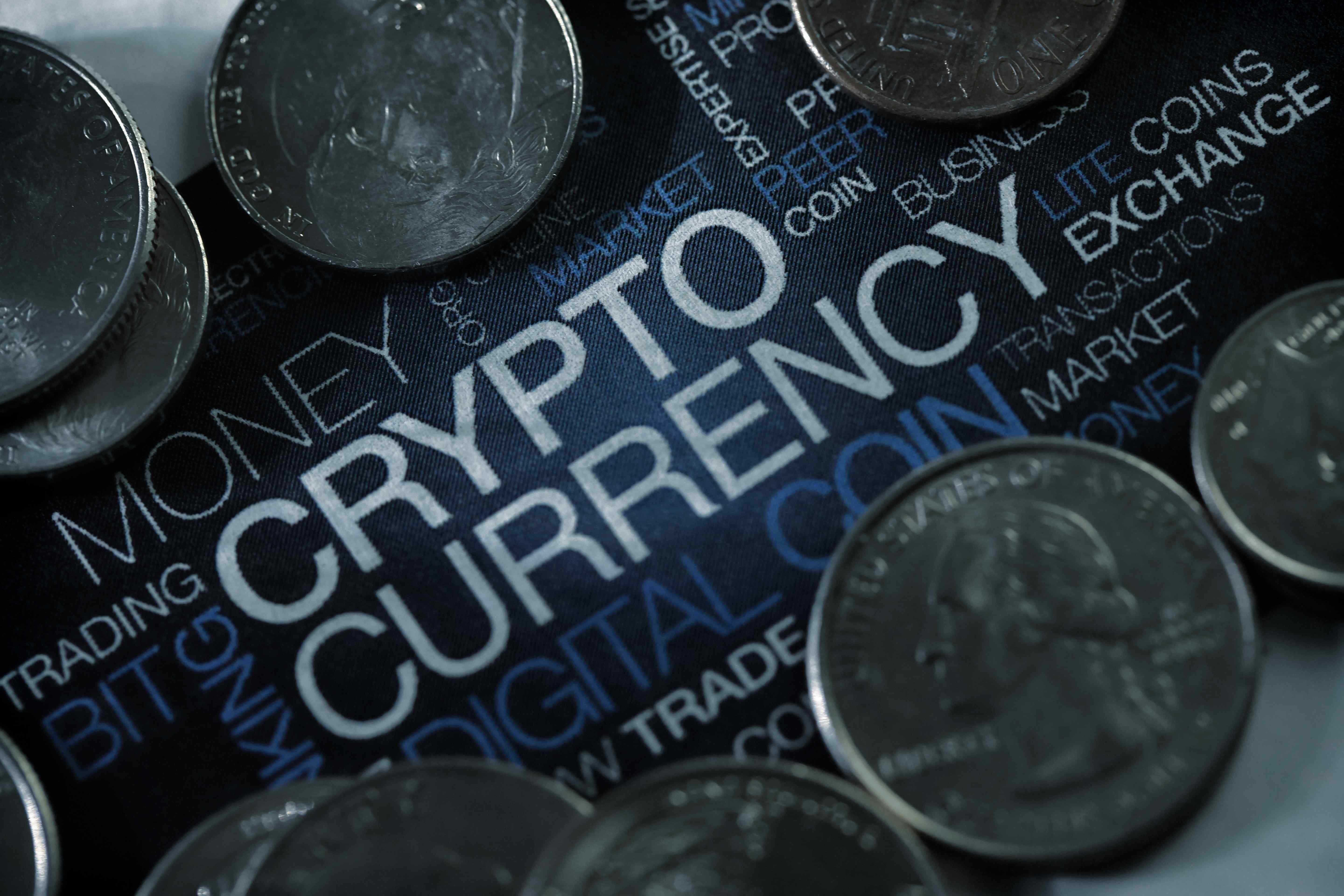 By any measure, 2022 was a terrible year for crypto, with more than $2 trillion in market value vanishing. Millions of consumers and businesses lost money, and the trust in the promise of finances in crypto is wavering. Just days into 2023, the government has secured guilty pleas from two former top associates of Bankman-Fried’s former Alameda chief executive Caroline Ellison and former FTX chief technology officer Gary Wang. Sam Bankman-Fried pleaded not guilty to criminal charges. Since then, top U.S. bank regulators issued a fresh warning to lenders about the risks associated with delving into crypto. Officials with the Federal Reserve, Federal Deposit Insurance Corp., and the Office of the Comptroller of the Currency said in a statement that risks that can’t be controlled aren’t allowed to migrate to the banking system. With crypto at an all-time low, will it be able to bounce back? That is possible, according to survey data revealing that the average cryptocurrency user expects the bitcoin price to jump to around $38,000 over the next six months. Today, the Bitcoin price is over $16,000. Crypto owners remain optimistic in the year ahead, but it is sure to be a wild ride. Read more on World Economic Forum.

A Scary Lesson on Crisis Communication & Putting People Over Football 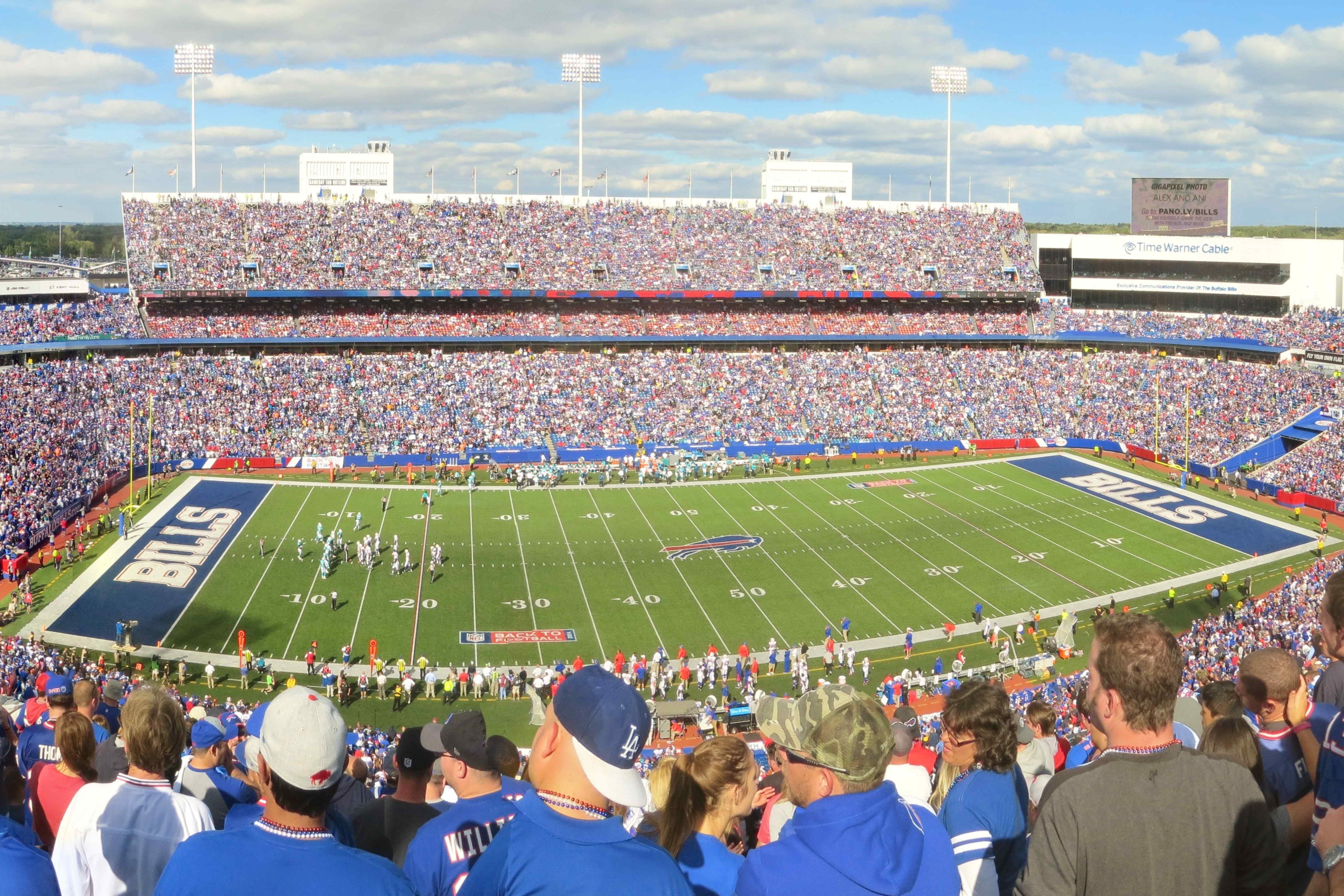 It seemed as if the world stood still as Buffalo Bills safety Damar Hamlin suffered cardiac arrest during Monday’s Bills matchup against the Cincinnati Bengals. Hamlin is still in critical condition but has woken up from a medically induced coma… where his first question was, “who won the game?”. It took more than an hour after Hamlin’s initial injury for the NFL to postpone the game, causing widespread criticism on social media, which comes on the heels of scrutiny over the NFL’s perceived ambivalence over players’ health and safety regarding injuries like concussions. The NFL’s decision had to consider balancing players’ potential trauma due to witnessing a near-fatal injury with scheduling and business demands. Meanwhile, ESPN was applauded for its careful approach to coverage. After initially showing a couple of replays of the collapse, it wasn’t shown again on the network. They also kept their distance with their cameras while both teams huddled around Hamlin. The restraint shown by ESPN demonstrated how networks’ coverage of severe injuries during sporting events has evolved. A scary situation that has proven to be a PR lesson for networks and brands continues to unfold. Read more at Bloomberg. 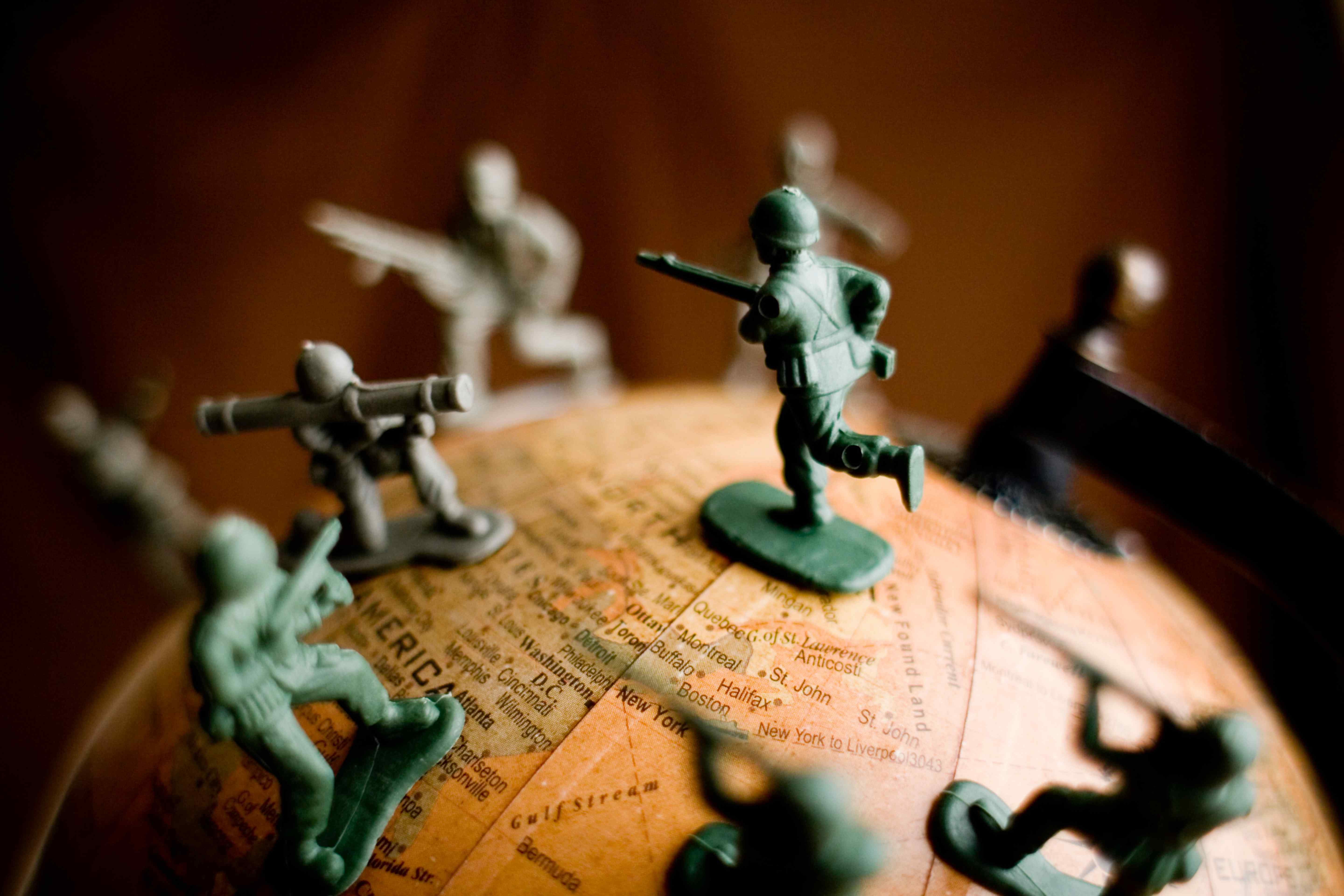 What will the future hold for our globe in 2023? While we can’t see all, there are some events worldwide we (and a host of experts) can predict. First, the Russia-Ukraine war will continue, though, likely not at the scale seen during the beginning of 2022. In Asia, Japan will continue to emerge a major geopolitical player, tensions between Taiwan, China, and the U.S. will continue but keep fighting at bay (hopefully), and Beijing will continue to battle COVID-19 spikes and build up its nuclear forces. Meanwhile, India will continue to buy weapons and oil from Russia, pushing itself away from its Western allies. Over in the Middle East, Israel-Palestinian relations will become more violent and Iranian citizen protests against the regime will continue to grow. Lastly, the global economy will expand more slowly due to political instability, extreme weather events, and supply-chain disruptions impacting the economy worldwide. It’s sure to be an eventful year around the world… to say the least. Read more in the Council on Foreign Relations.

P.S. Wondering what 20th century predictions had in store for 2023? Read what experts in 1923 forecasted for the upcoming new year in NPR.

Damar Hamlin wanted to raise $2,500 to get kids toys for Christmas. After his sudden cardiac arrest on the field during a game, his fans donated nearly $6 million. https://t.co/GTVrXDIZ87