Welcome back to a new edition of The Weekender…where inflation is stubborn, impacting upcoming holiday traditions and celebrations. Plus, we’re taking a look back at 2022—the year of crypto crashes and security hacks, weird food trends, and political news headlines. Thank you for joining us for the final 2022 edition of The Weekender, and happy holidays! 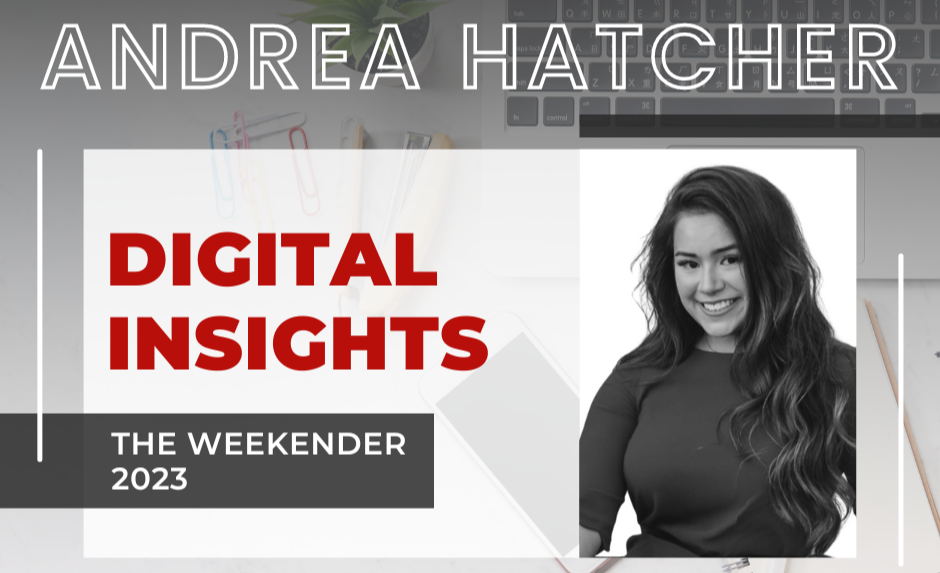 Social media moves fast, and it can be hard to keep up. Providing your audience with new and #engaging content makes an impact on your business goals and opportunities. Starting in January, our Digital Manager Andrea Hatcher shares top digital insights and tips in The Weekender. Stay tuned… 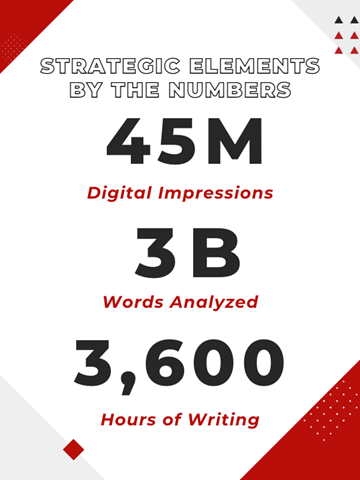 Inflation Nation and Its Impacts 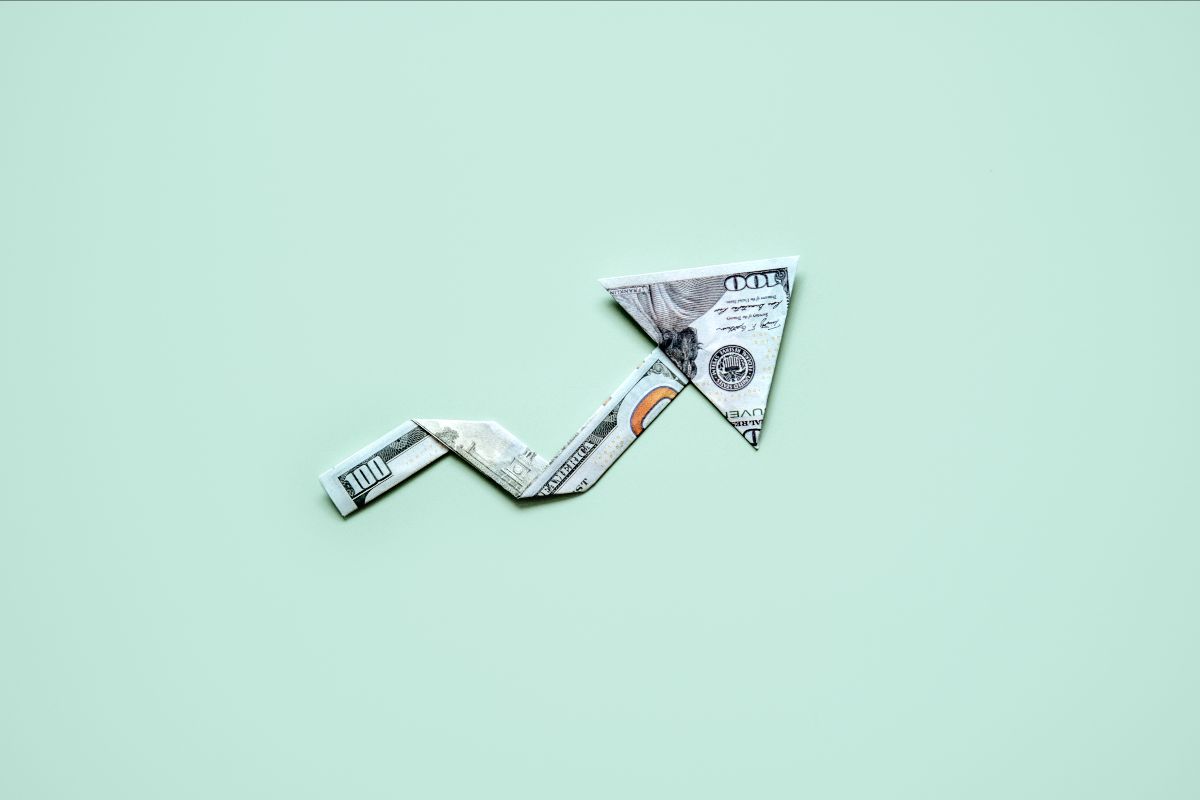 People are seeing inflation levels at a near four-decade high this year. Prices have been surging for essentials like food, heating, and transportation. While inflation was lower than expected in November, moving from 7.7% to 7.1%, the average U.S. household still spent $396 more per month to buy the same goods and services it did a year ago. Last year, economists predicted the core index would fall to 2.5% by the end of 2022. This year, forecasters expect inflation to dwindle to 3% by the end of 2023. The question is: should we believe them this time? While possible, with today’s very low unemployment and rapid wage growth, the effects may worsen. The Federal Reserve hiked interest rates seven times this year to cool demand and tame inflation, but that hike may come back with a bitter bite (hint: it rhymes with “decession”). Read more in Reuters. 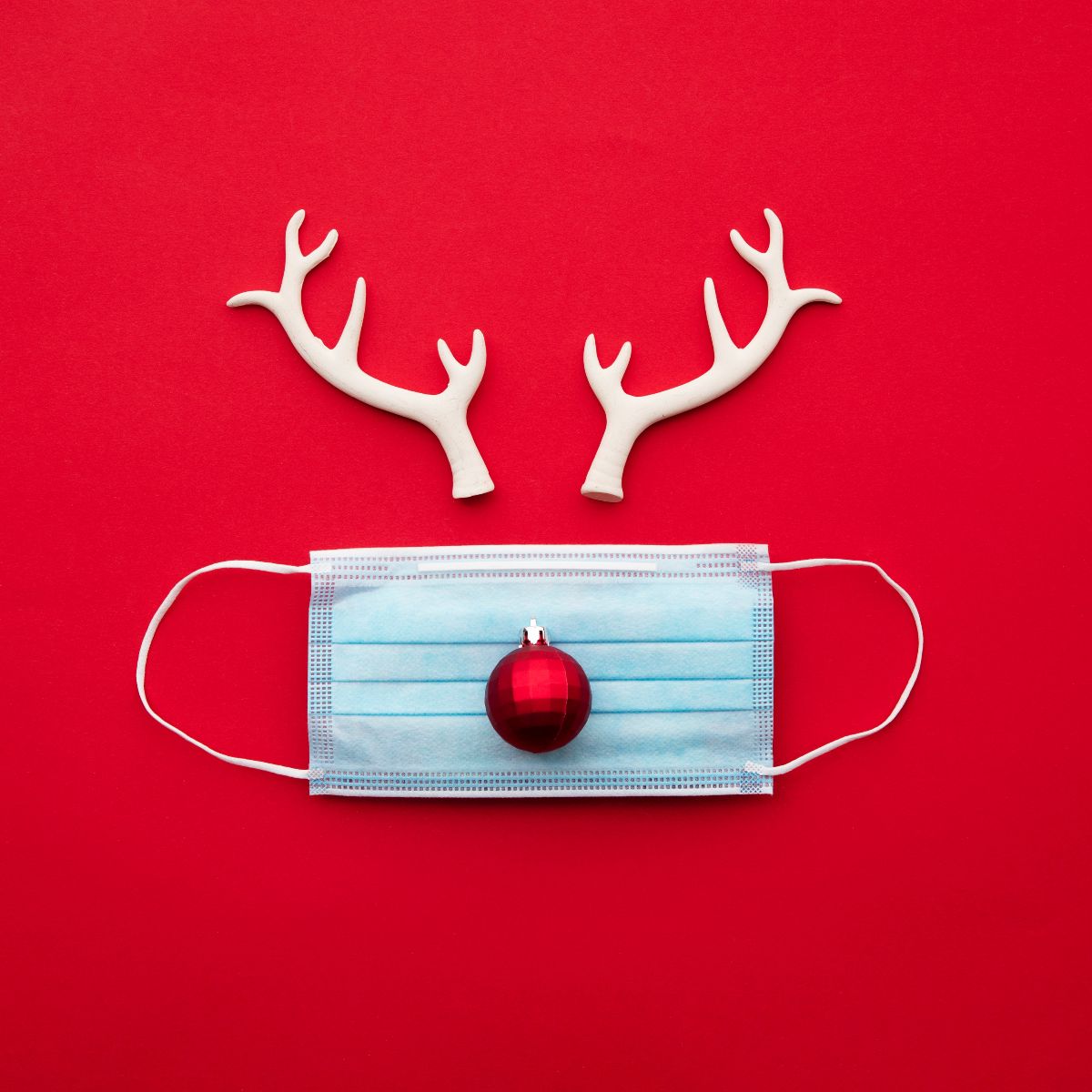 You may remember the famous and beloved line in National Lampoon’s Christmas Vacation: “Well, I don’t know what to say except it’s Christmas, and we’re all in misery.” This Christmas, it rings true with COVID-19, RSV, flu, and strep viruses running amok and causing what is known across the U.S. as the “tripledemic.” Doctors see the overlap of viral surges as unusual and concerning as patients have back-to-back respiratory illnesses. Nearly all 50 states are seeing a high (or “very high”) level of respiratory illness, and the Centers for Disease Control and Prevention officials warn rates will likely continue to increase across the nation. Experts estimate that there have been 13 million cases so far this season. On top of the tripledemic, the holiday chaos is piled on by the rise of inflation, causing some consumers to shop less this season. According to an ICDC holiday survey, nearly 90% of respondents report inflation will affect their holiday spending and are seeking lower prices for goods they’ll buy. This predicted sentiment means retailers must become more strategic in their advertising spend and efforts with consumers. Business owners who relied on sales lasting longer this year will likely lean into more innovative marketing tactics as we close in on the holidays. Read more in The Washington Post. 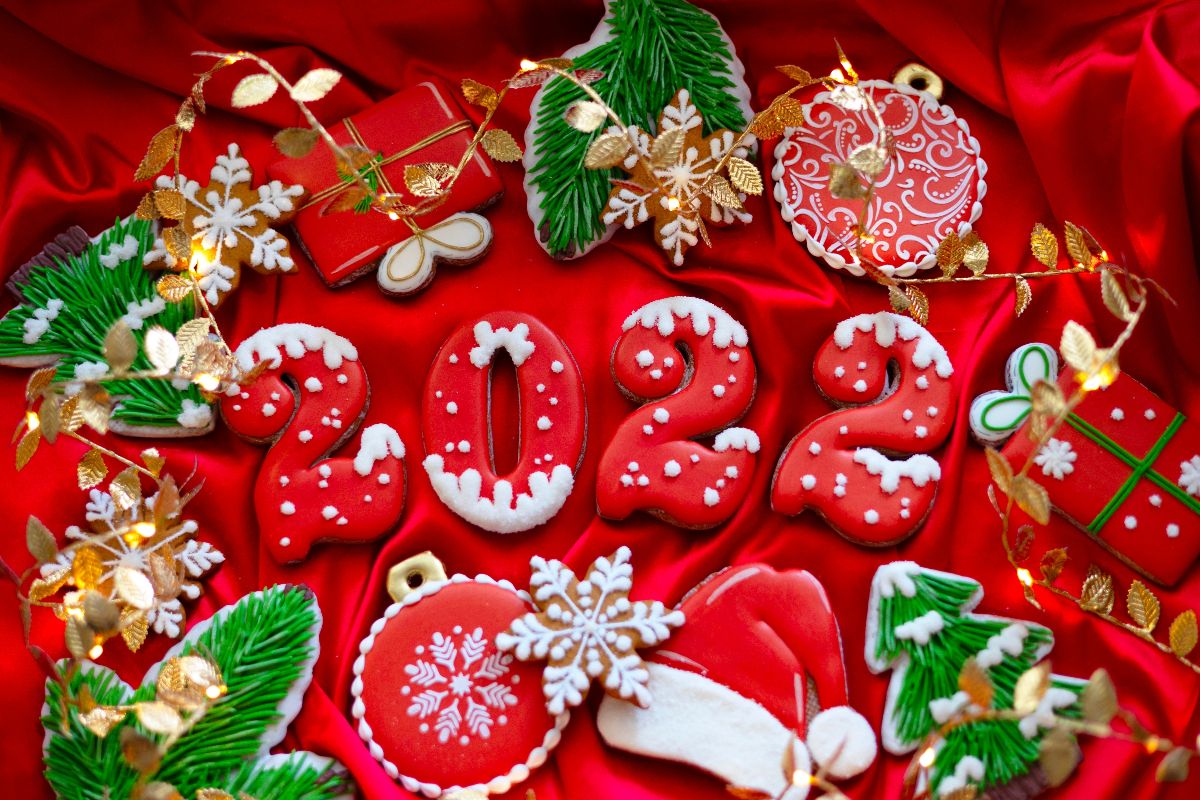 2022—the year of war, inflation, and… Twitter? Also—the year of the stock market crashing, crypto bros getting arrested, and hurricanes tearing through Florida. Inflation and economic issues were on the top of mind for voters, and the midterm election had a small, little red wave—but not as big as experts predicted. Likewise, gun control talks spiked when two mass shootings (Buffalo and Uvalde) happened within days of each other. Roe v. Wade has been on top of many Americans’ minds, with the historic Supreme Court decision now overturned. Plus, the world watched as Russia invaded Ukraine, Britain’s longest-reigning monarch, the Queen of England, passed away, and the UK had three different Prime Ministers this year alone. It wasn’t always bad news, however—COVID-19 numbers dropped, and millions rallied on what would have been Betty White’s 100th birthday and donated to their local animal shelter. Let’s hope a lot of these doom and gloom events are left in 2022. Happy (almost) New Year! Read more in Associated Press News.

The Crash of Crypto 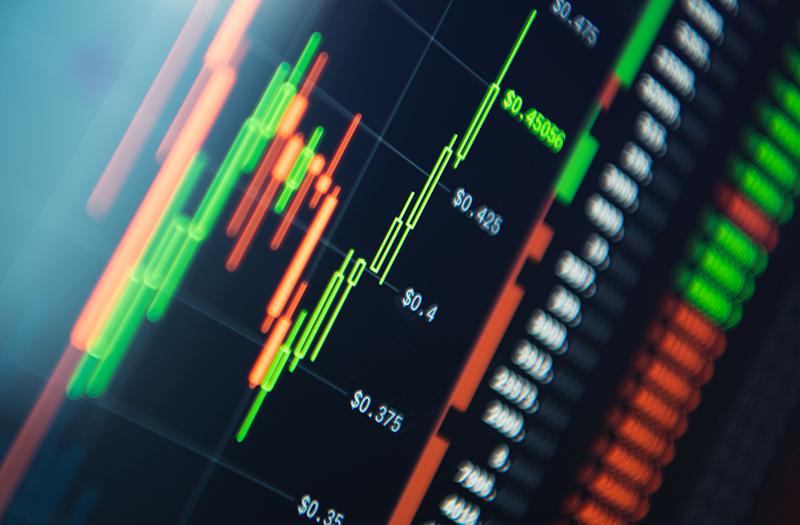 The past year has been a memorable one for cryptocurrency—to say the least. Since the beginning of the year, the price of Bitcoin has dropped 65%, crypto exchange FTX went bankrupt, and the cryptocurrency Luna suffered a collapse in value. Three Arrows Capital was the first crypto hedge fund to go bankrupt in 2022, which led to the collapse of cryptocurrencies Luna and TerraUSD. Following their lead, rival company FTX went bankrupt after a week when a possible merger with rival crypto exchange Binance failed. Crypto lender Blockfi was the first crypto company to follow FTX into bankruptcy after having several ties to the company. The most prominent crypto billionaires have suffered a combined loss of $112.7 billion this year alone, including Changpeng Zhao, founder and CEO of Binance, Sam Bankman-Fried, founder and former CEO of FTX, Brian Armstrong, CEO and co-founder of Coinbase, Gary Wang, co-founder of FTX, and Chris Larsen, co-founder of Ripple. Sam Bankman-Fried was taken into custody on charges of wire fraud, securities fraud, money laundering, and conspiracy to defraud the U.S. The turmoil of crypto this year has people questioning whether or not cryptocurrency can be trusted. Most believe that unless stricter regulation is applied to make crypto a more stable and respectable investment. However, there is no surefire way of knowing whether the crypto market will recover in 2023. Only time will tell. Read more in Bloomberg.

Can I Get Your Order? 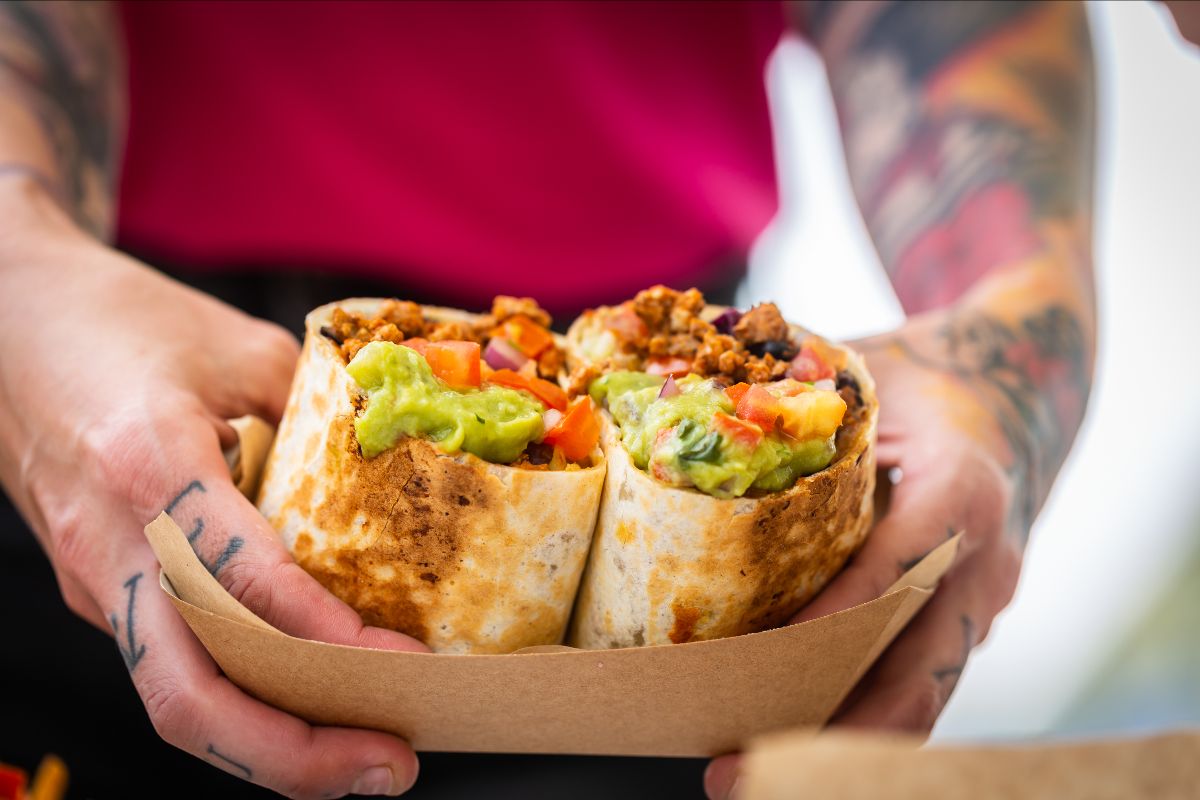 Uber Eats just dropped their annual “Cravings Report,” and the results will have you reaching for the snack drawer. Overall, customers of Uber Eats and its subsidiaries, including Postmates, requested to “hold the onions” and “make it extra spicy.” The report also showed mocktails are on the rise, with more and more non-alcoholic drinks being ordered over cocktails. The days of the week also had some interesting trends: Fridays called for a cannoli and Saturdays called for no sour cream… however, on Sundays, extra sour cream was more likely to be requested. The influencer market also had its hold on food when this year’s TikTok trend of the Negroni Spagliato with Prosecco caused its ingredients to spike in popularity on the delivery service app. Likewise, the “Corn Kid” pushed corn sales up, and when the “healthy“ Diet Coke recipe went viral, so did balsamic sales (a weird one for food sales). Overall, popularity in food orders came down to two things: internet trends and inflation. While sales of certain foods may have otherwise seen a spike, some consumers avoided buying them due to inflation or supply chain issues. The upcoming year is sure to have some other interesting food trends—and we are interested in seeing if the economy can keep up. Read more in FOX News. 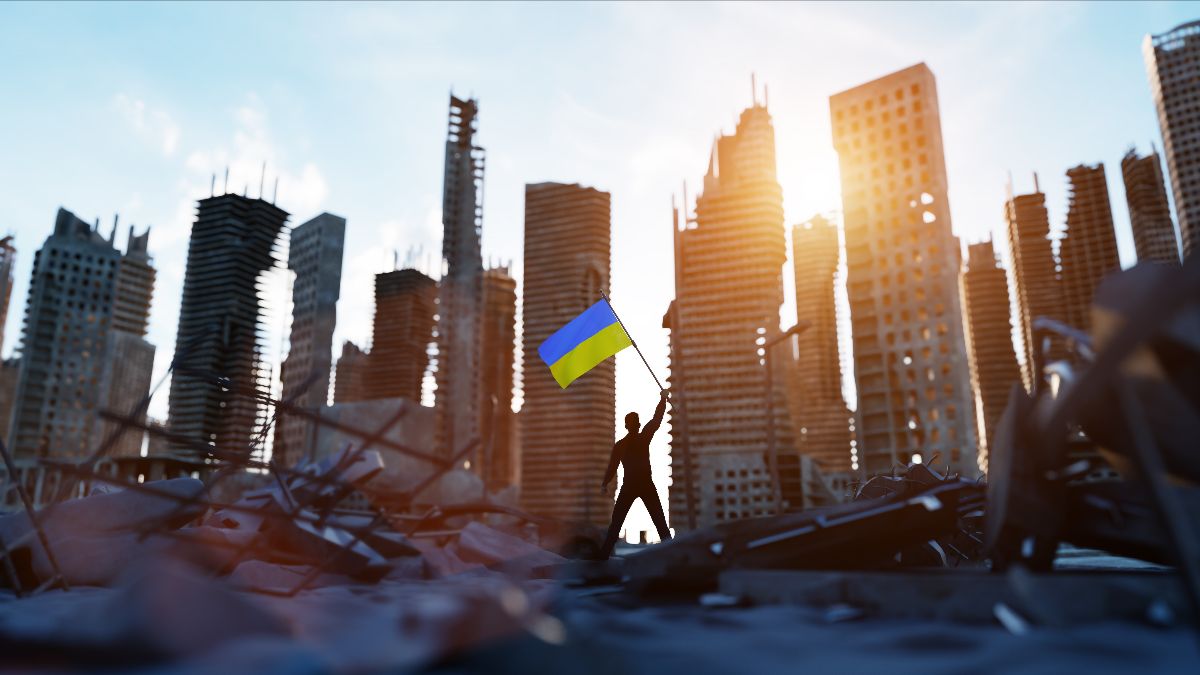 As we look back globally on 2022, one word comes to mind: war. With Russia’s invasion of Ukraine, war returned to Europe in 2022 and rocked the global economy, unleashing distress on millions of Ukrainians, and shattering European peace. Unexpectedly, Ukraine humbled Russia’s military after countering their initial attack and launching counteroffensives in the northeast and south. However, Russia left Kyiv heavily damaged – and with evidence of war crimes. As winter approached, Ukraine’s military pushed Russian forces out of Kherson while Russia launched missile attacks aimed at Ukraine’s military and energy infrastructure, temporarily cutting power in part of the country. Italy, Germany, and other countries that relied on Russian oil and natural gas were scrambling for alternative energy supplies as the war sent global energy prices soaring. Governments were under pressure to step in and help the millions of people struggling to pay their energy bills. In 2023, many experts argue for Ukraine’s allies to make a more substantial effort to support the nation economically and militarily. Kyiv needs about $5 billion monthly to cope with nonmilitary demands as Russia is taking out Ukraine’s basic shelter, medical facilities, and schools. Others are searching for ways to get the two countries to the bargaining table. While the trajectory of the war in Ukraine has been unpredictable, the loss of life and property has been a stark reminder that the true costs of war are as predictable as they have ever been. Read more in Associated Press News. 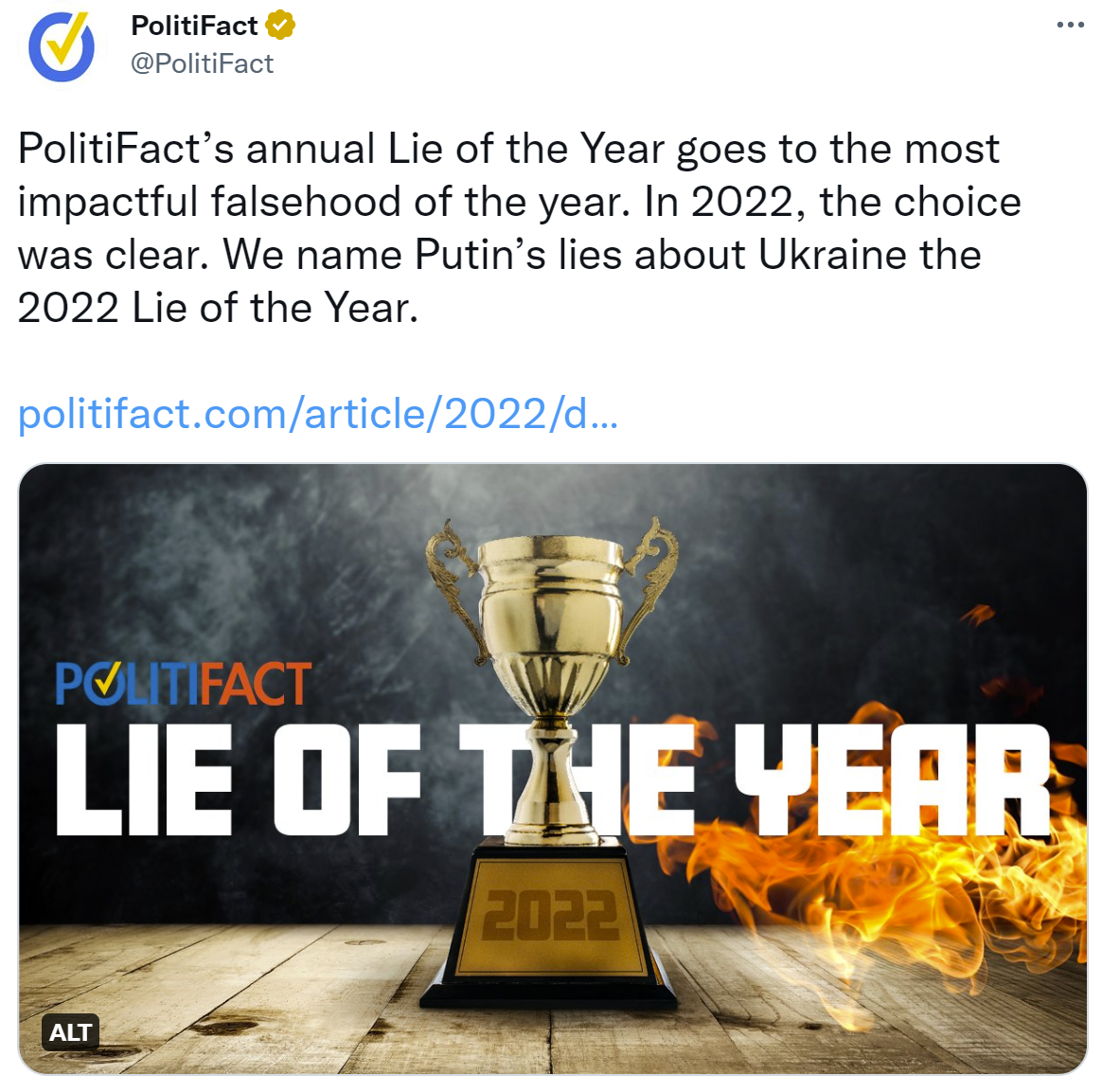 2 months ago
Filed Under The Weekender
Previous
The Weekender Special Edition: Midterm Elections Impact on Healthcare in the U.S.
Next
Meet Ruby Crow, Communications Coordinator