Welcome back to a new edition of The Weekender… We dive into this week’s election shakeups and what to look for in the upcoming months. Inflation is ascending in just about every aspect of Americans’ lives, and summer travel plans are affected. Plus, a look into Gen Z’s new favorite social media apps; meanwhile, start-ups face a huge reality check after decades of riding high. And finally, you don’t want to miss this week’s tweet of the week. Thank you for starting your weekend with us. 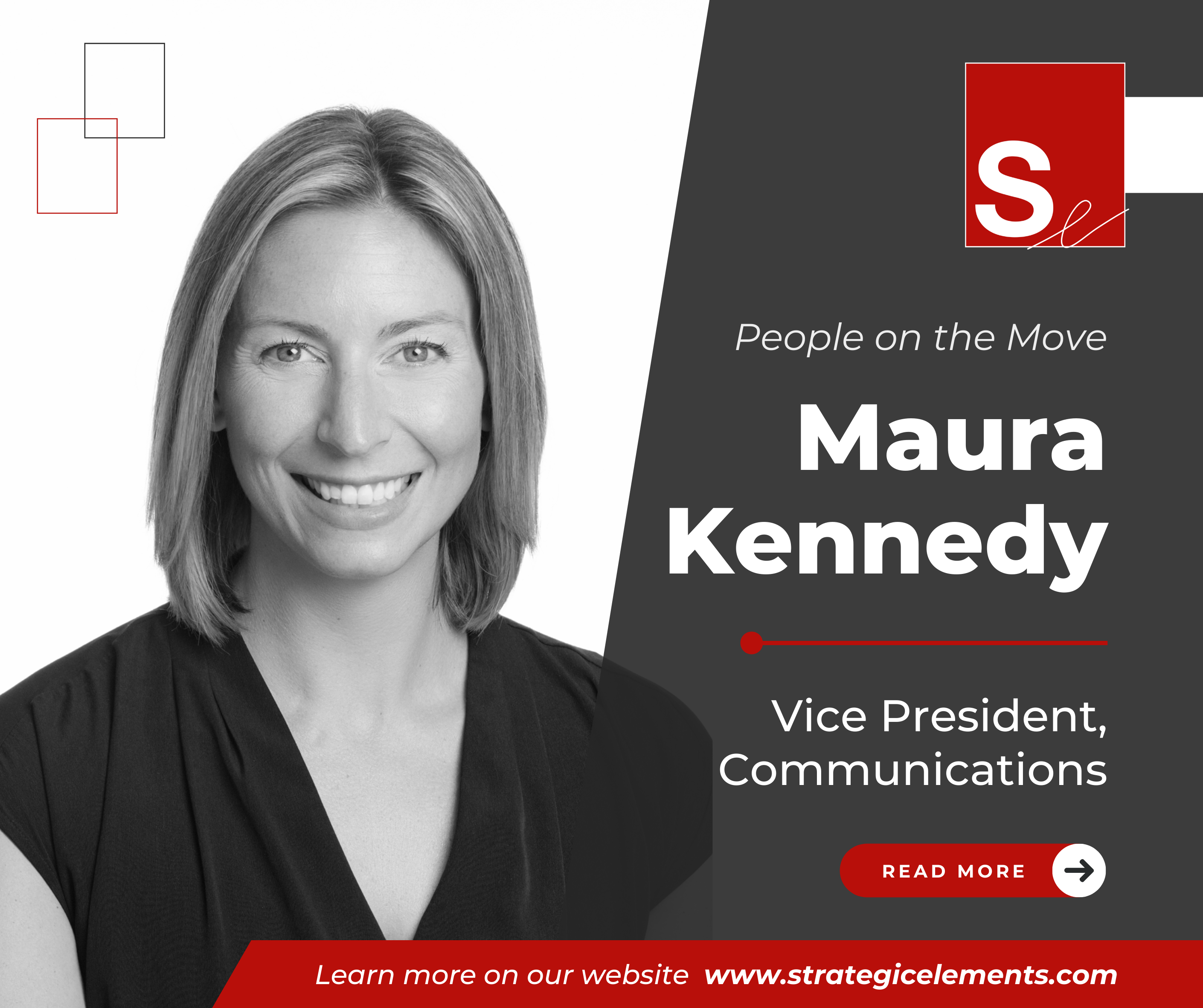 We are proud to announce former ABC and CBS news anchor Maura Kennedy is our firm’s Vice President of Communications. Maura leads the team to client success through thought leadership, media relations, interview prep, and much more. Learn more about our communications guru here. 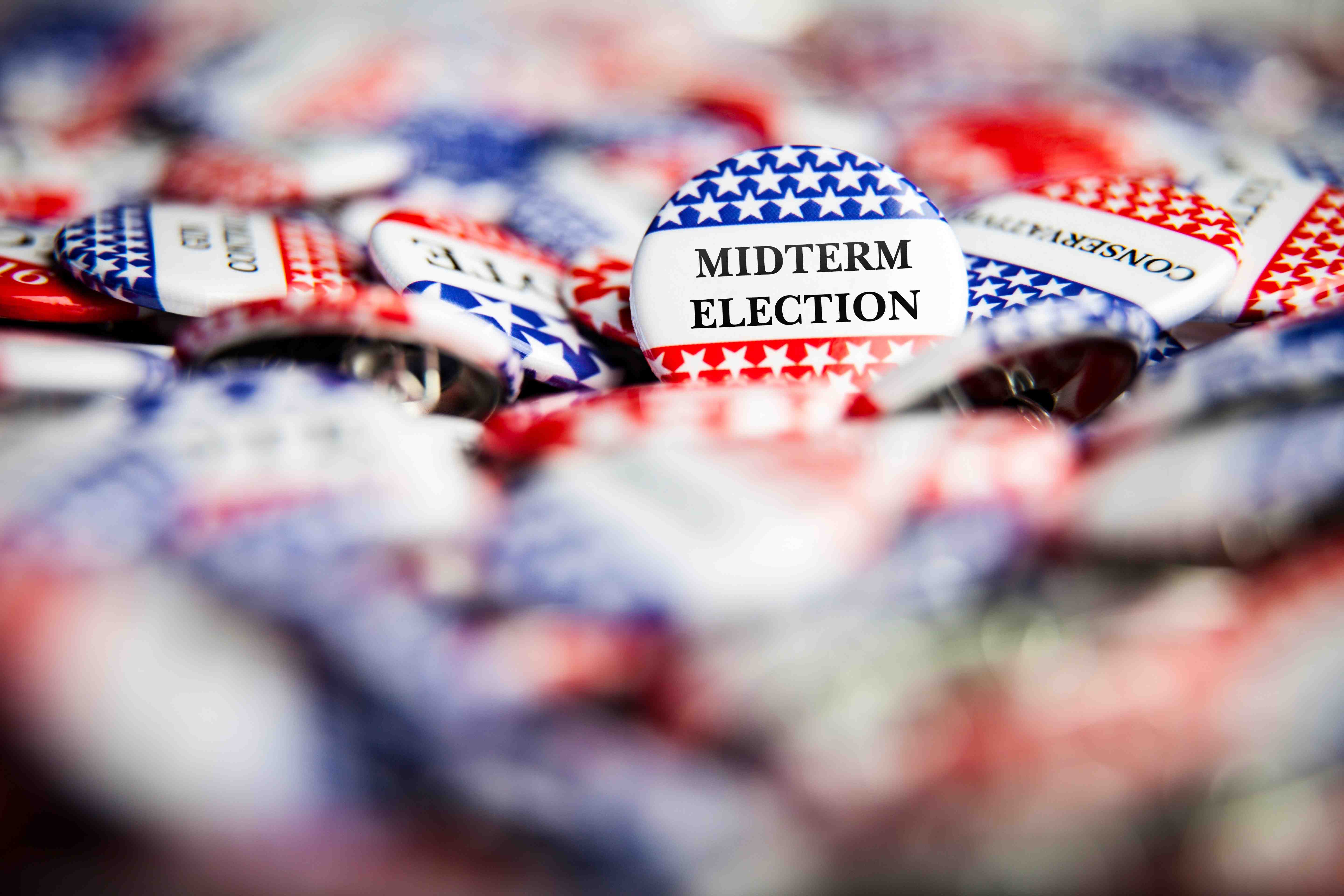 In the land of Four Seasons Landscaping and where all eyes were on during the fall of 2020, Pennsylvania had its first major election since being the center of last election’s alleged voter fraud—and it was messy. In the U.S. Senate race, the GOP nomination remains too close to call—with none other than Dr. Oz (yes, the Dr. Oz from TV) remaining slightly in the lead. Dr. Oz received former President Trump’s endorsement (Trump has voiced that Oz should go ahead and claim victory… even if the results aren’t entirely in, and an automatic recount will be triggered as the count is currently under .5%, and 0.1% as of Friday morning). On the other side of the aisle, PA Senate Democrat candidate John Fetterman secured the nomination. Experts are saying the people of Pennsylvania chose Fetterman because both progressives and moderates liked his populist persona and how he stayed out of the typical mudslinging approach. His logical and sensible approach may be a new move in the future, with other candidates taking a page out of Fetterman’s victory book. Meanwhile, GOP headache and North Carolina Congressman Madison Cawthorn lost his bid for reelection to a primary challenger — signaling that voters do not want to elect candidates who cause a party stir. Is a more civilized tone the new trend for successful candidates? Stay tuned. Read more in Reuters. 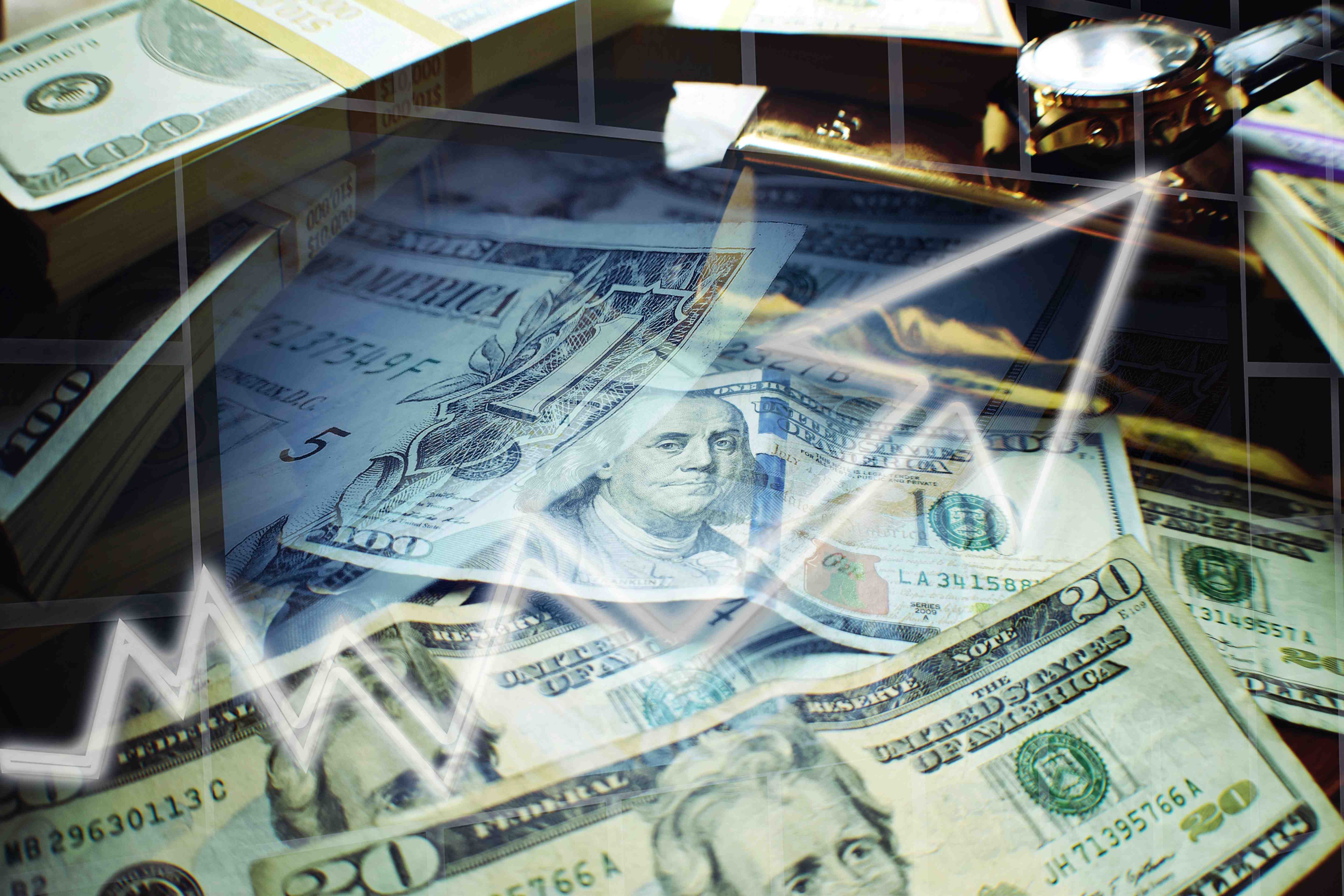 With inflation continuing to rise, Americans wonder if and when a recession will hit. Many Wall Street titans are warning a recession may be imminent, pointing to some red flags and warning signs seen in financial data. Though, not all financial experts have such a bleak view. This week, Federal Reserve Chair Jerome Powell spoke about inflation, saying that “no one should doubt” the Federal Reserve’s dedication to quell rising costs. “What we need to see is inflation coming down clearly and convincingly, and we are going to keep pushing until we see that,” he told the Wall Street Journal. However, the market is seeing massive selloffs after retailers like Target and Walmart show company losses due to inflation. Some major banks also predict a recession will hit in the next year—adding to the nation’s anxiety. Across the pond, the United Kingdom’s inflation hit 9 percent—the highest in the country’s history. The pandemic’s impacts continue worldwide in more ways than one. Read more in Business Insider.

Photo-sharing apps and social media platforms such as Instagram and Snapchat have recently been under fire for concerns related to teens’ safety and mental health, allowing new apps to enter the arena. LiveIn, an app that allows users to send photos and drawings straight to their friends’ home screens topped both the free app chart and the social networking chart in the Apple Store in April. A similar widget app, Locket, has also gained popularity among teenagers. However, the apps do not disclose their privacy trade-off policy, which is highly scrutinized for data sharing and location tracking on users’ phones. Personal messaging apps continue to climb in popularity among teenagers despite the concern. Meanwhile, BeReal—an app that randomly prompts a user to take a picture—is gaining popularity for its “authenticity” and is establishing a loyal user base among Gen Z. Be right back… we have a few apps to download. Read more in The Washington Post.
On the Road Again: America’s Summer Plans

National gas prices are hitting an all-time high… again. This week, gas prices top $4 in every single state—breaking a record that no American wanted to see. California still has the highest gas prices—and a new tax is slated to hit gas pumps in July, which will push that number even higher. However, pain at the pump will not stop Americans from traveling this summer. Americans are projected to spend $1.1 trillion on domestic travel in 2022, surpassing pre-pandemic levels by about 11 percent. So where are people going? Stateside trends are leaning towards sunny beaches, with Florida, California, and New York coasts seeing the highest booking rates. Global trends show Americans are choosing Italy, Mexico, and the Bahamas as their summer vacation destinations. Also increasingly popular this summer? Travel insurance. With policies covering cancellations, quarantine expenses, and other unknowns, travelers are opting for travel insurance as a safety net to the unknown. Read more in CBS News.
Tech and an Overdue Reality Check 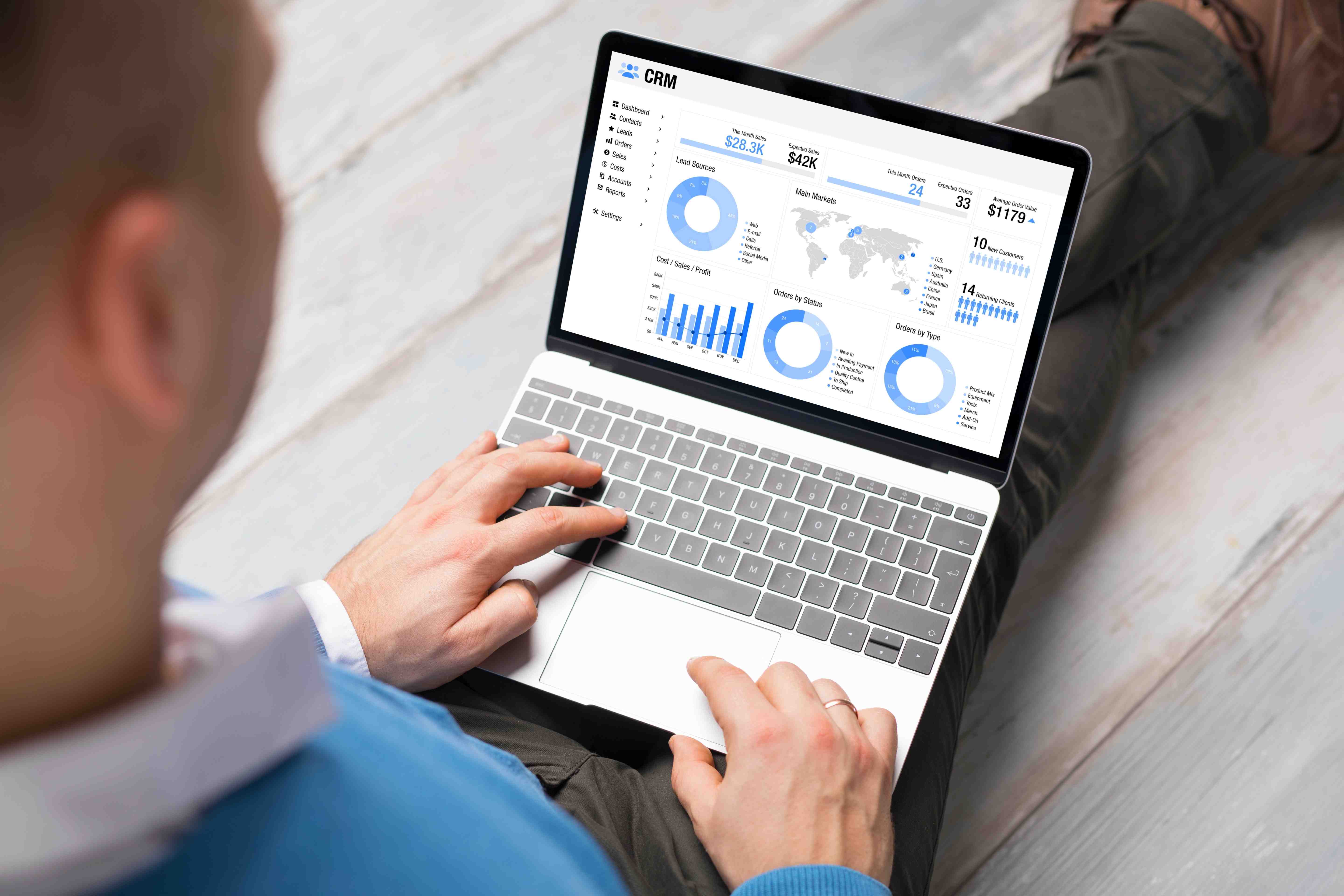 Once seemingly untouchable and exciting, tech start-ups are in a pinch. Inflation and a declining economy are forcing investors to stop taking risks on new start-up companies, pushing their progress to a halt. Investors choose to put their money in safer bets, foregoing the big-risk-big-reward investments (like startups). Last year, many saw growth; now, startup founders worry about making payroll, leaving their teams to wonder how they will be able to survive. According to Bloomberg, one start-up company was no longer valued at a billion dollars after years of 10-digit valuation. Reality checks are hitting these startups hard, and many seem to be processing the five stages of grief. Read more in Bloomberg.

A Game of Russian Roulette 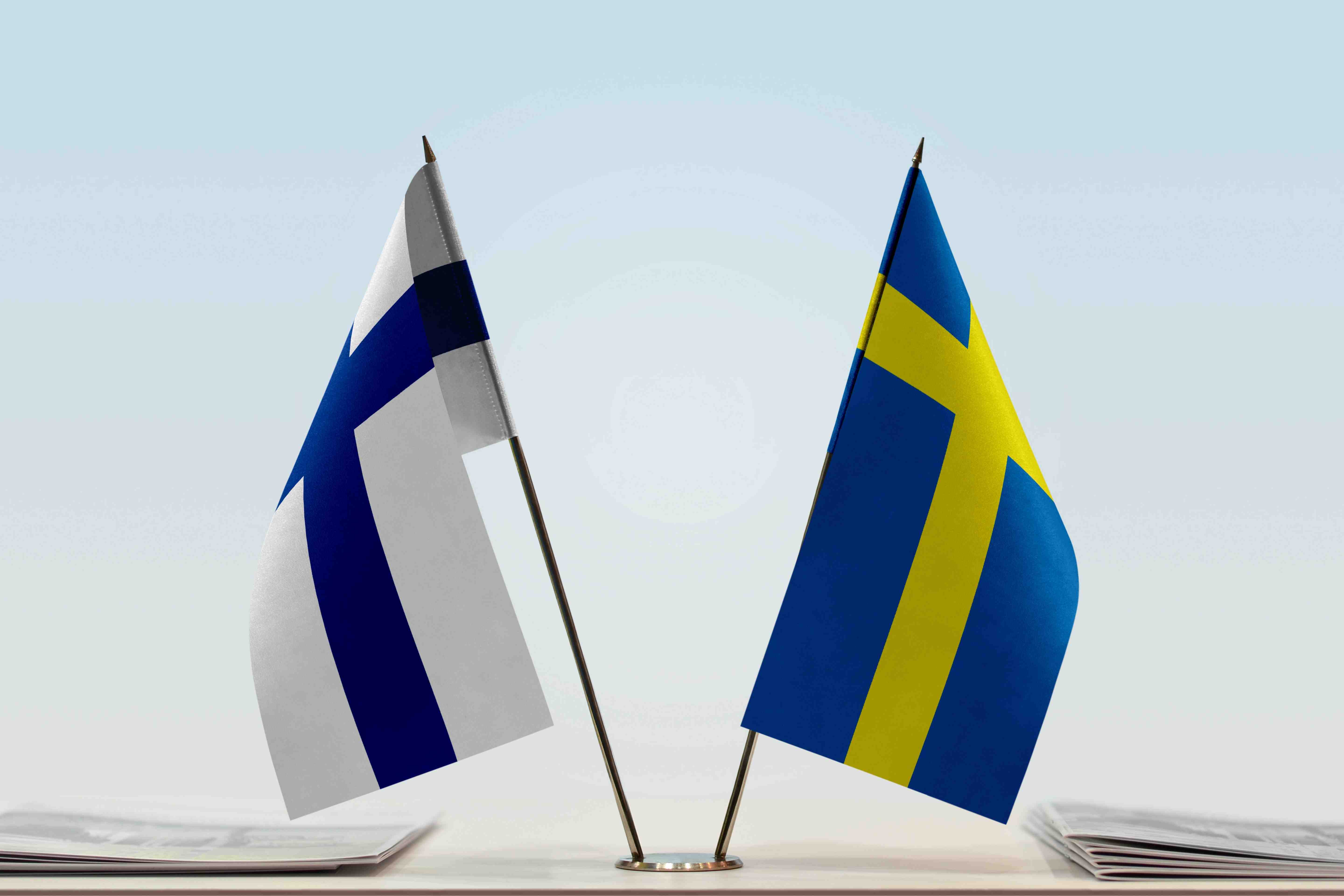 This week, another twist in the Russia-Ukraine war: Finland and Sweden applied to join NATO, which is a significant step away from both countries’ stronghold neutrality policies. Meanwhile, Turkey (also a NATO member) was quick to tell allies that it would reject both nations’ requests to join. Amid western political allies turning their backs, Russia’s economy continues to suffer, with McDonald’s recently announcing it was selling its Russian stores after 32 years. The move includes closing 850 stores across Russia, impacting approximately 62,000 employees. BBC reports that the chain’s decision to open in Russia in the mid-1990s was symbolic of thawing Cold War tensions. Now, around 30 years later, tensions between the West and Russia become more frigid by the day. Read more in CNBC.

today in things I never expected to say on NPR:

"Musk replied with a poop emoji.

May 20, 2022
Filed Under The Weekender
Previous
Nine Pieces of Advice to New Graduates
Next
U.S. Air Force Captain Elizabeth Etter is Promoted to Director of Public Affairs