Welcome back to a new edition of The Weekender…where Hurricane Ian makes landfall in South Carolina, leaving Florida with historic floods and creating extreme damage to the state’s infrastructure. Also, the Forbes Top 400 Richest People in America list is released, and we have the latest on who’s on top, who didn’t make the list, and what’s changed. Plus, the world’s first all-electric passenger aircraft took flight this week, making new headway into an electric future. Read about these stories and more in this week’s edition of The Weekender. Thanks for joining us. 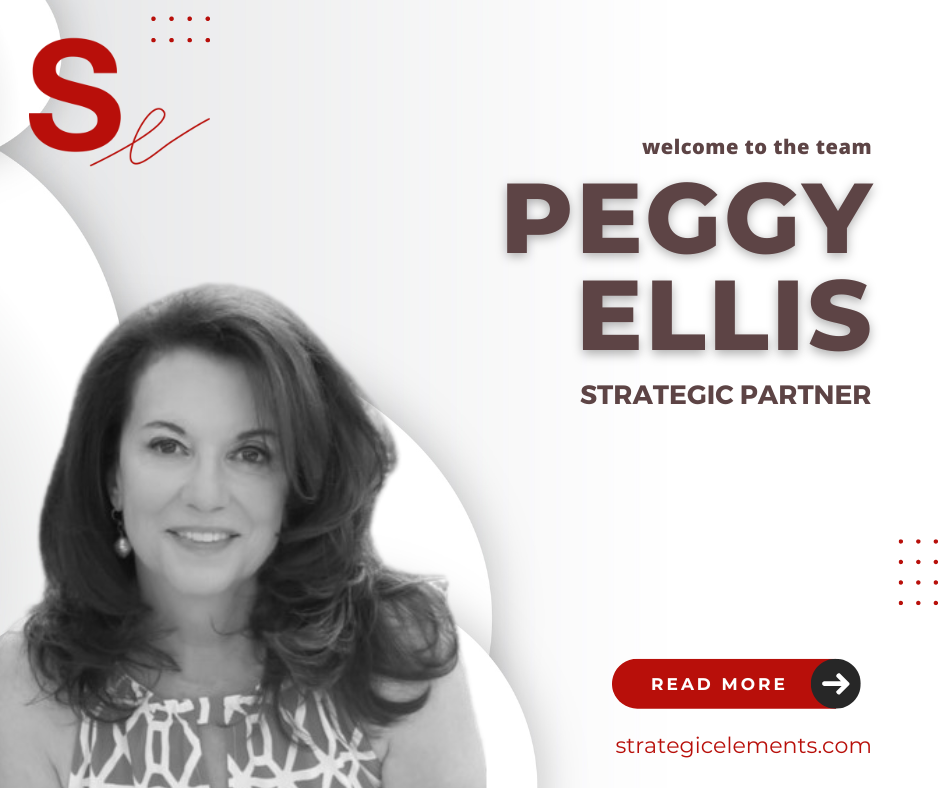 ICYMI: We proudly welcome trusted strategist, government affairs, political, and communications expert Peggy Ellis to the Strategic Elements team as a Strategic Partner. With a 20+ year track record of success, serving as the former Director of Congressional and Public Affairs for the RNC and Cato Institute’s Government Affairs Director, Peggy will achieve strategic objectives for our award-winning team. Learn more about Peggy here.

Hurricane Ian Lands in the U.S. 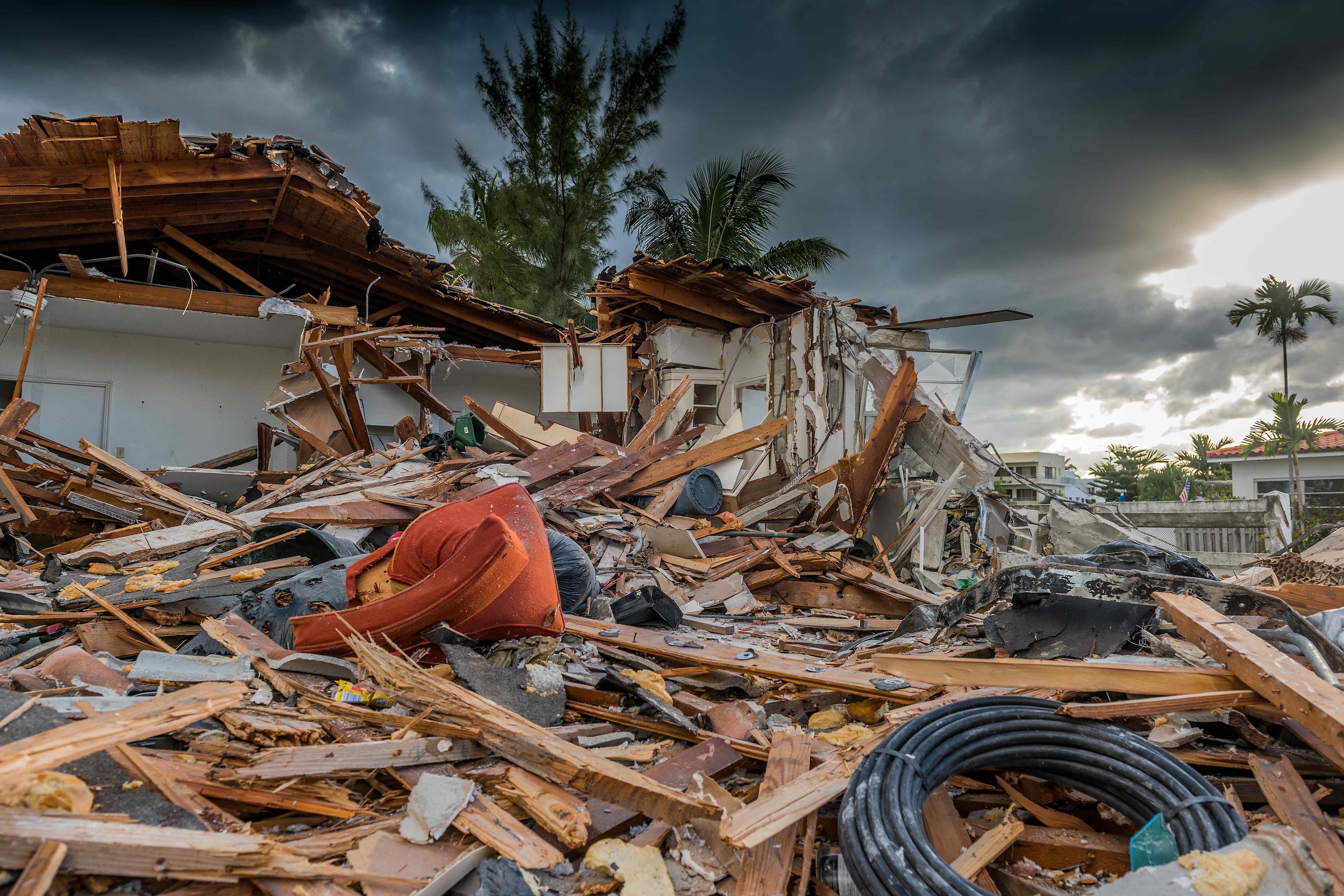 Hurricane Ian barreled its way across the Florida Peninsula this week, with nearly 17” of rainfall in some areas, and now heads for South Carolina. While officials are still assessing the damage, Ian has caused historic flooding and is set to be known as one of the worst storms Florida has ever seen. Originally a Category 4 hurricane, Ian was downgraded to a tropical storm on Thursday but has bounced back to a Category 1 hurricane. More than 2.5 million people are reported without power and the property and infrastructure destruction is devastating. U.S. President Joe Biden approved Florida’s Disaster Declaration on Thursday, which allocates federal aid to support local recovery efforts. In addition, Florida Governor Ron DeSantis declared a state of emergency for the entire state before Ian made landfall. Ian made its way through Fort Myers and Southwest Florida on Wednesday, leaving more than half the city’s roads not “passable” and damaging two major bridges. Governor DeSantis said the Sanibel Causeway, which connects Sanibel Island with Florida’s mainland, will need to be entirely rebuilt. Since Tuesday, airlines have canceled 5,000 flights across the southeast. On Thursday, airlines canceled more than 2,000 flights as airports across Florida halted their operations. Florida is a central hub for U.S. aviation and is where some carriers like JetBlue and Southwest Airlines typically expect 40% or more of their daily flights to touch down. To help Florida’s recovery, The American Red Cross is asking for donations and urges anyone eligible to donate blood to ensure enough blood remains for hurricane victims. Read more in The New York Times.

Ranking The Rich: This Year’s Forbes 400 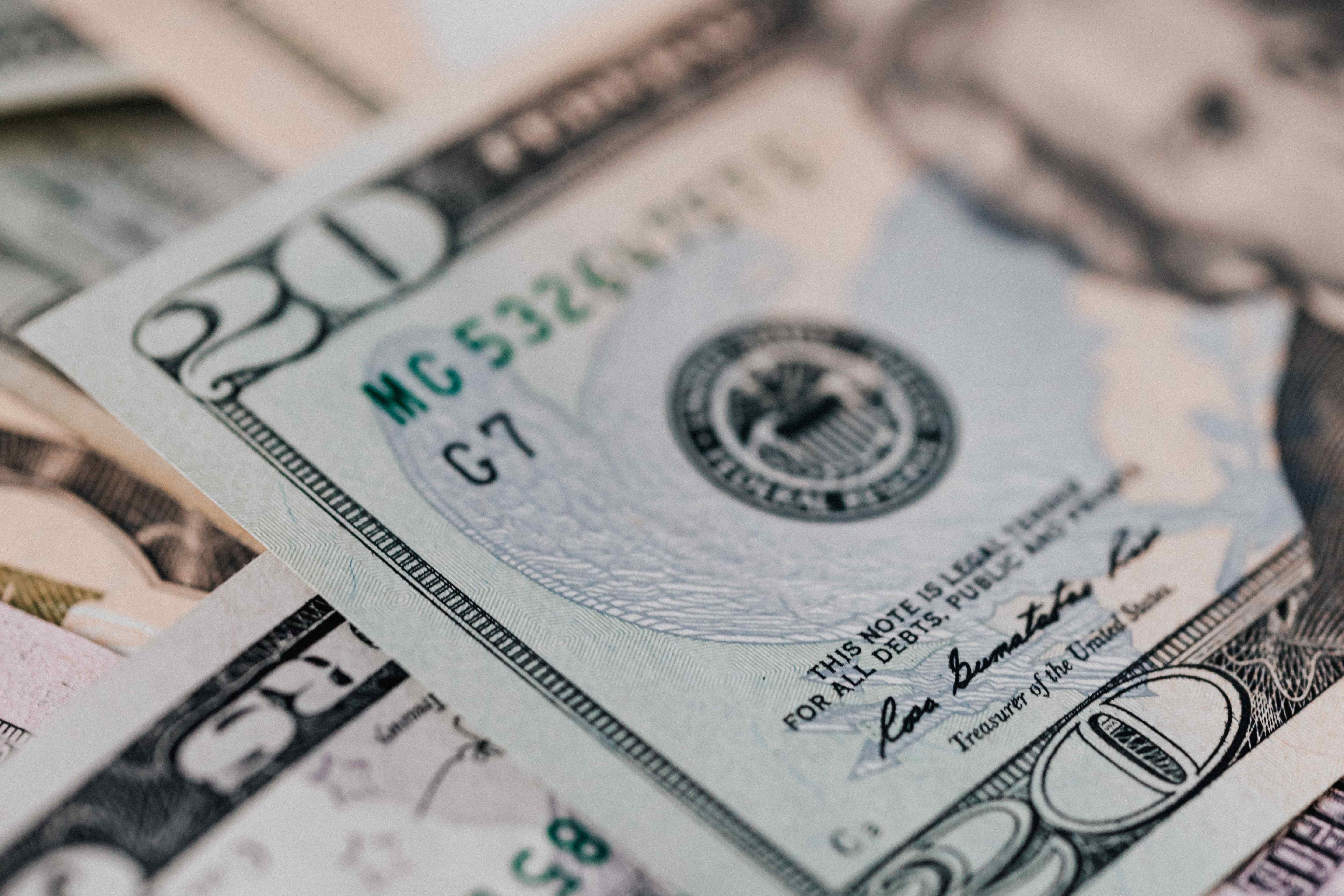 The Forbes Top 400 Richest People in America list was released this week, offering insights into how wealth has changed. This year, overall wealth fell, with the 400 wealthiest Americans worth $500 billion less than last year. For the first time since the Great Recession, the minimum net worth to make The Forbes 400 dropped. Tesla CEO Elon Musk takes the top of the list as America’s most wealthy person, with an estimated net worth of $251 billion. Amazon CEO Jeff Bezos comes in second with a net worth of $151 billion, and Microsoft founder Bill Gates takes third with a net worth of $106 billion. Former President Donald Trump climbed back onto the list this year after falling off the list in 2021 for the first time in 25 years. Trump ranks 343 on the list, with an estimated net worth of $3.2 billion. An Elon Musk super-fan made the list this year after investing in Tesla stock during the pandemic. Leo KoGuan, a founder of IT firm SHI International and estimated to be worth $7.2 billion, is Tesla’s third-largest shareholder, ranking number 17 on the Forbes 400 list. It takes $2.7 billion to qualify for the Forbes 400 list, which left out notable billionaires such as Oprah Winfrey, Michael Jordan, and Apple CEO Tim Cook. In all, Forbes found more than 300 Americans with ten-figure fortunes who could not crack the list. Read more in Forbes. 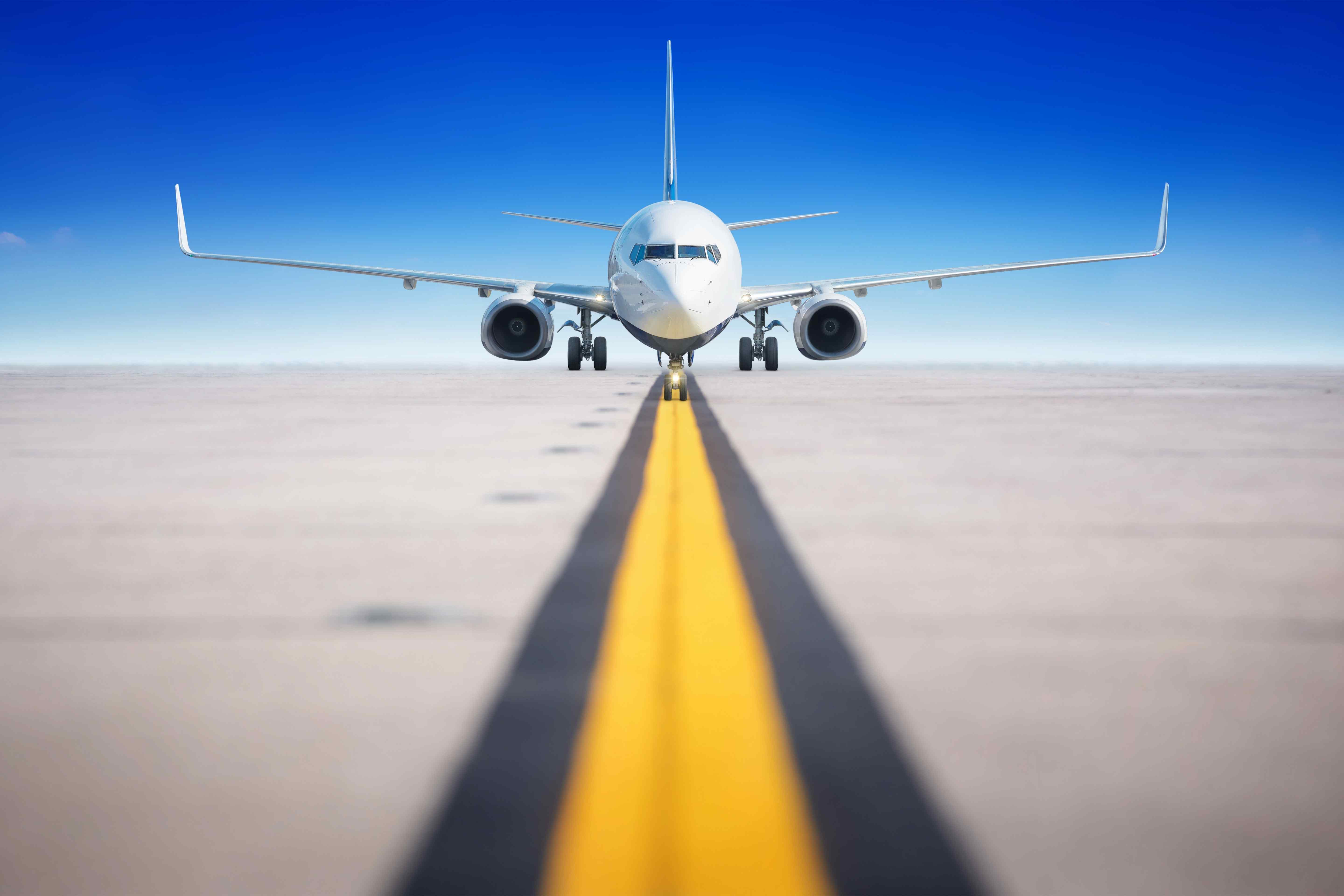 More efforts are being made to utilize all-electric modes of transportation around the globe. Alice, the world’s first all-electric passenger aircraft created by Eviation Aircraft, successfully took flight Tuesday morning from Washington state’s Grant County International Airport. During the eight-minute flight, the plane traveled at an altitude of 3,500 feet. After 30 minutes of charging, Alice can fly for one to two hours. The aircraft has a maximum cruise of 287 miles per hour and would be able to fly about 440 nautical miles. With the information gathered from this flight, Eviation will hopefully see what steps need to be taken to deliver the aircraft to customers by 2027. In other electric transportation news, Harley-Davidson recently became the first publicly traded electric motorcycle company in the U.S. The company spun off its electric motorcycle division, LiveWire, in a Special Purpose Acquisition Company (SPAC) deal. The merger was $1.77 billion, and the new shares of LiveWire Group Inc were up 1.5% after its U.S. market debut. Harley-Davidson will hold majority ownership of LiveWire, and the brand is looking to become more competitive with other electric motorcycle manufacturers. Companies continue to “electric slide” into a zero-emissions future. Read more at CNN.

The Future of Flag Football 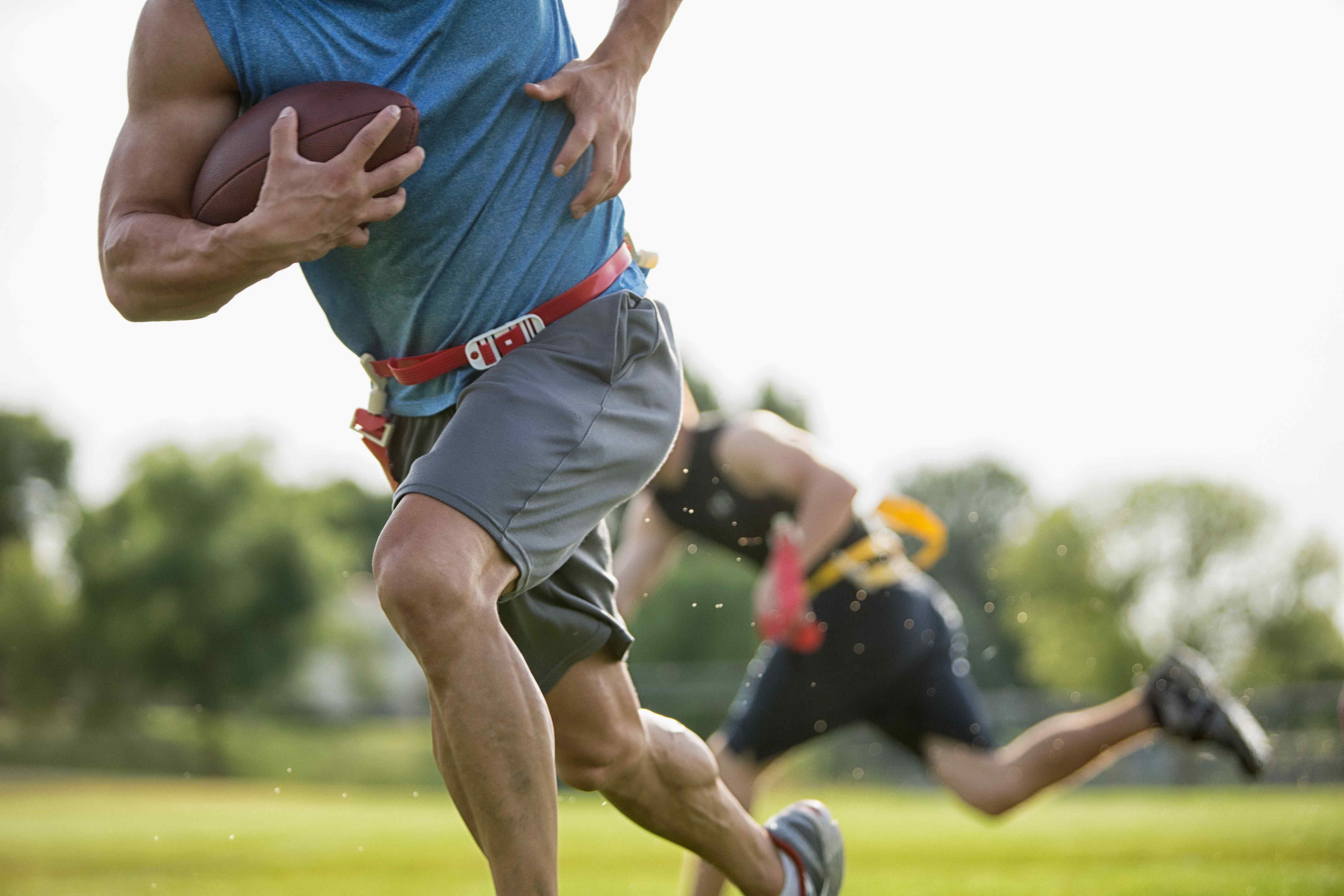 The National Football League (NFL) is attempting to bring flag football to the masses. They are replacing the Pro Bowl with a weeklong skills competition and flag football game called “The Pro Bowl Games.” The games will take place in Las Vegas, Nevada, the week before Super Bowl LVII. As fewer people watch All-Star Games across the Big Four sports leagues, the NFL has growth plans that include elevating flag football. Over the past few years, participation in flag football has significantly increased due in part to NFL Flag, the NFL, and Nike. As of 2018, more American children ages 6 to 12 played flag football rather than traditional tackle football. NFL Flag has the nation’s largest league, with more than 500,000 participants. Nike and the NFL recently committed $5 million in products to grow girl’s flag football in high school athletics. The Pro Bowl still needs revamping even as flag football explodes around us. Players are regularly opting out, and the audience interest has declined to its newest low since 2006. Either way, the NFL will be tackling this flag football phenomenon. Read more in Axios. 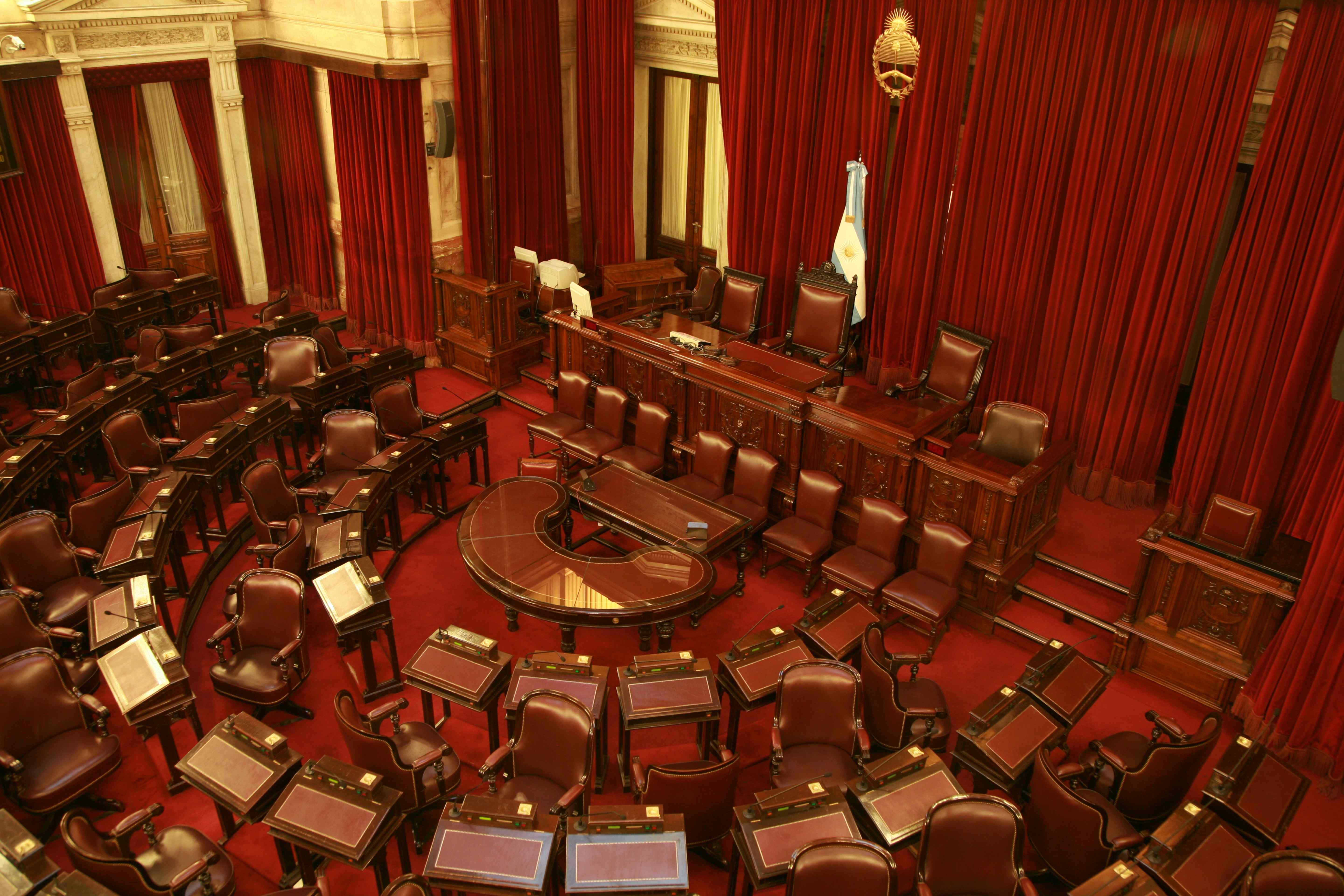 The Senate Rules Committee voted Tuesday to advance a bill reforming the Electoral Count Act. The bill would create a safeguard against the exploitation of the 1887 election certification law to overturn an election. The bipartisan legislation received significant support from Senate Minority Leader Mitch McConnell and Senate Majority Leader Charles Schumer and boosts the likelihood of passing in the Senate when the bill is brought to a vote. The Senate bill was crafted by Republican Senator Susan Collins and Democrat Senator Joe Manchin and was given near-unanimous approval by the Senate Rules Committee. The reform affirms that the Vice President’s ceremonial role in certifying elections protects against efforts by state officials to submit alternate electors for certification. It also raises the threshold for Congress to consider an objection to electors to a fifth of lawmakers in each chamber (under the current law, two lawmakers can hold up the process). The bill has strong bipartisan support and had 11 Democratic and Republican Senators sign as co-sponsors before it made its way to the Senate floor. Senators Collins and Manchin reported that the bill is backed by election law experts and organizations across the ideological spectrum. The Presidential Election Reform Act will help Congress in its constitutional authority and give Americans clarity about the election process. Read more in Vanity Fair. 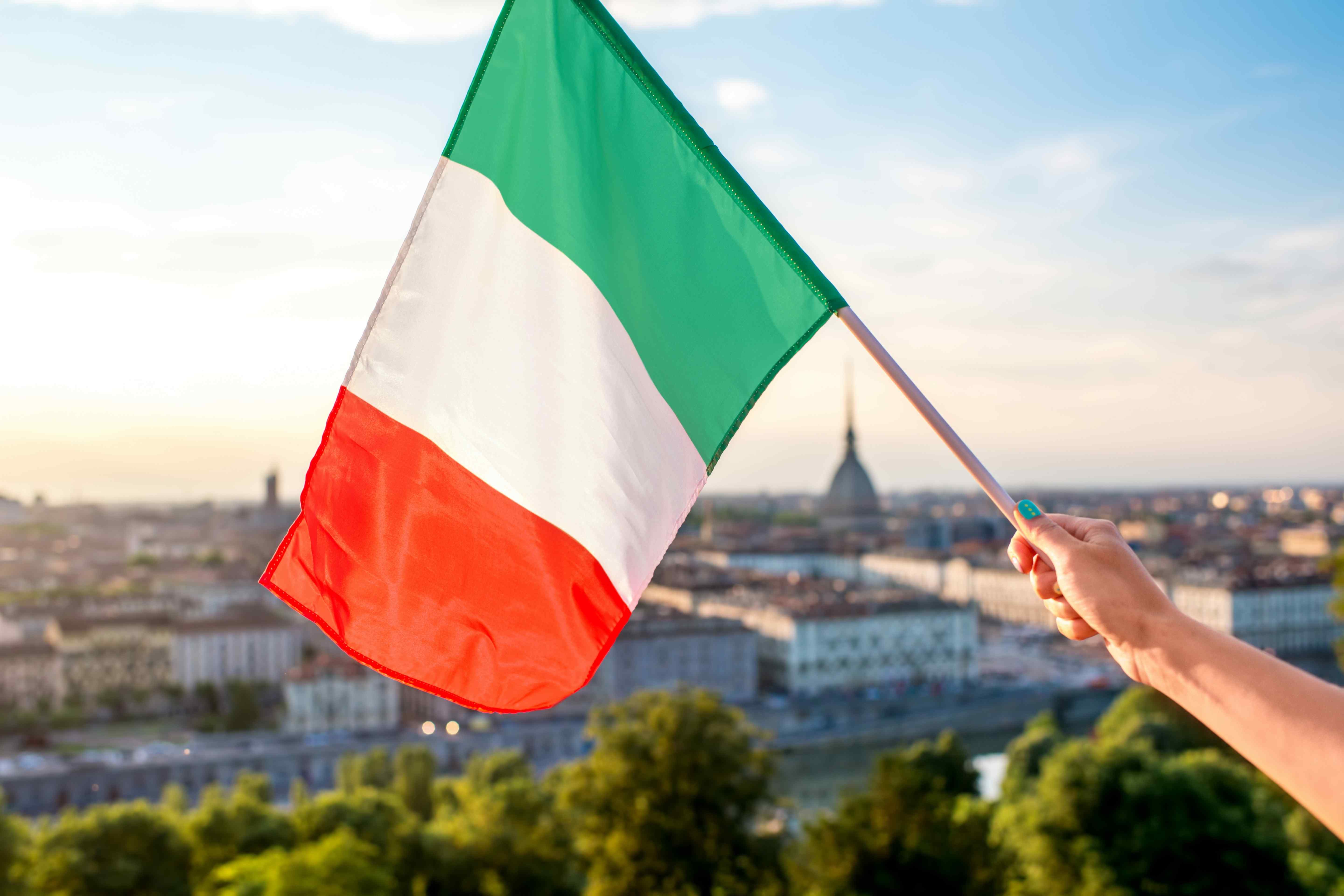 This week, Giorgia Meloni was elected as Italy’s next prime minister, becoming the first woman in the nation’s history to become prime minister. Twenty-six percent of Italian voters opted for right-wing candidates, securing the win for Meloni and her party, the nationalist Brothers of Italy, which descended from the remnants of fascism. Meloni campaigned on multiple issues, including the role of the family, protecting Italian national identity, and Europe’s ongoing migration crisis. The crisis has been a cornerstone for the right-wing coalition in Italy, with Meloni promising to keep the number of immigrant workers “down.” Leaders of nations with far-right leadership, such as Hungary and Poland, have hailed her victory. However, other leaders in the European Union have grown concerned about unity in Europe amid Russia’s war. While Meloni has said publicly she supports Ukraine’s sovereignty, other Italian far-right leaders have been criticized for their close ties to Russian President Vladimir Putin. Recently, a far-right leader of the Forza Italia party said Putin had been “pushed” into invading Ukraine and had wanted to put “decent people” in charge of Kyiv. Italy is expected to form its new government in the coming weeks, but until then, the U.S. and its allies are anxiously waiting for its outcome. Read more in BBC.

No, we are not letting NASA launch one of our buses at an asteriod.